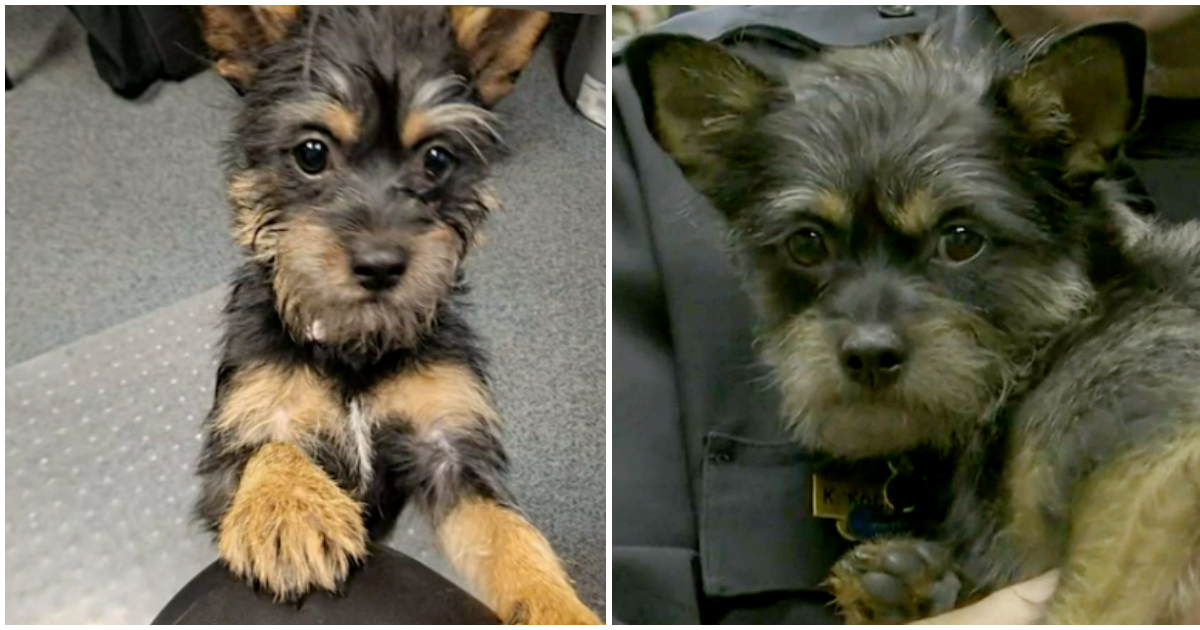 It’s a police officer’s duty to help citizens in need — whether they’re human or animal. There are many stories of police officers helping stray pets, even going as far as to adopt them.

That was the case recently, after one dog who was left in a dumpster found a home — and a career as an honorary police officer.

According to KWCH, Captain Kevin Kochenderfer of the Wichita Police Department got a report about a crying sound coming from a nearby dumpster. He went on the scene to investigate… and found a 3-month-old puppy inside.

The dog was covered in garbage, so the officer took her back to the police station to clean her up.

The dog was apparently a stray or abandoned, so the officers took her in as one of their own. The dog, who they named Nora, hung around the station and became part of the team. While she might be a lot smaller than the K9 police dogs, she does have a ferocious attitude.

“I take her to QuikTrip. I just went to QuikTrip and everyone says, ‘that’s a police dog, huh?’ And I say, ‘yup, that’s it.’” Capt. Kochenderfer told KWCH.

While the police officers originally rotated taking care of Nora for the evening, eventually she settled into a forever home with the man who rescued her.

“Eventually after about a month, she ended up at my house permanently,” Kochenderfer said.

But he still takes Nora to work with him… and she’s actually become an invaluable member of the staff, acting as a therapy dog for kids involved in traumatic situations.

Everything happens for a reason. We’re so glad Nora has a perfect new home after being found in a dumpster, and is doing so much good for her community.