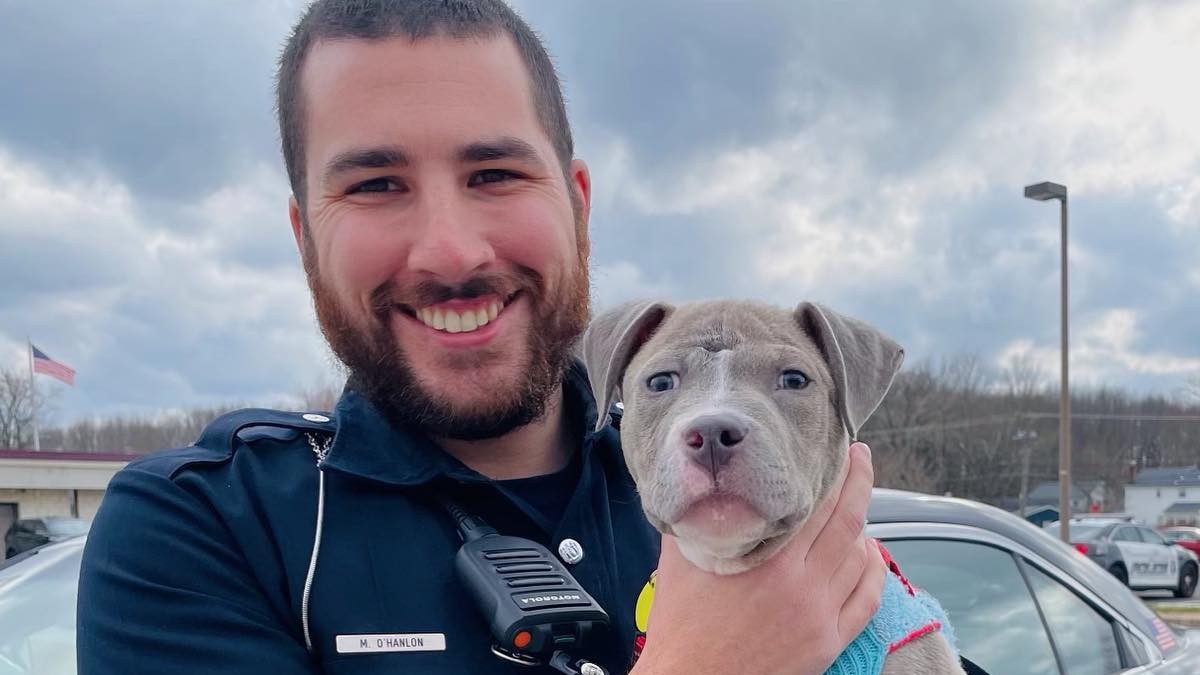 It’s a police officer’s duty to keep everyone in their community safe — and that includes pets. We’ve seen many stories of officers stepping up to help a dog or cat in need, helping them get home safe and sound.

But what happens when the animal doesn’t have a home? Well, one officer went above and beyond to help one pit bull, making a new best friend in the process.

On January 2, officers from the Mount Laurel Police Department, in New Jersey, responded to a cal about a three-month-old pit bull puppy wandering around on his own. The pup had a slight injury, a cut on his head.

The officers took him in, caring for his wound and giving him food.

With the dog safe, the next step was to find his owner. The MLPD reached out to the community trying to find the puppy’s family, but heard nothing.

“When we typically find a dog, usually they have tags on them or a chip,” Officer Matthew O’Hanlon told ABC 7. “We can take them to the local animal hospital and have the owner found pretty fast.”

But with no response, and no identification to go off of, the officers didn’t know where he belonged. The puppy, now named “Thor,” was taken to Burlington County Animal Shelter.

But Officer O’Hanlon quickly fell for Thor — and as it happened, was looking to adopt a dog of his very own. It turned out to be the perfect win-win situation.

“My fiancé and I were looking to get a pit bull, and when you see a pit bull puppy with an injury, it’s hard to pass up on,” said O’Hanlon.

When it was clear no owner was going to come forward, O’Hanlon adopted Thor himself — giving a very happy ending to this police case.

“Officer O’Hanlon adopted him right away and has been making sure he gets lots of attention and treats!” the MLPD wrote on Facebook. “Little Thor is healing up nicely and has found his forever loving home!”

O’Hanlon says that since this is a particularly tough time to be a police officer, especially with the pandemic, he looks forward to having an adorable new family member to come home to every day.

“It makes you feel good that you can help a little puppy like that go from whatever happened to him to now knowing how spoiled he’s going to be for the rest of his life.”

What a happy ending! Congratulations, Thor, on finding such a great forever home! Thank you to Officer O’Hanlon for opening his home to this sweet dog.