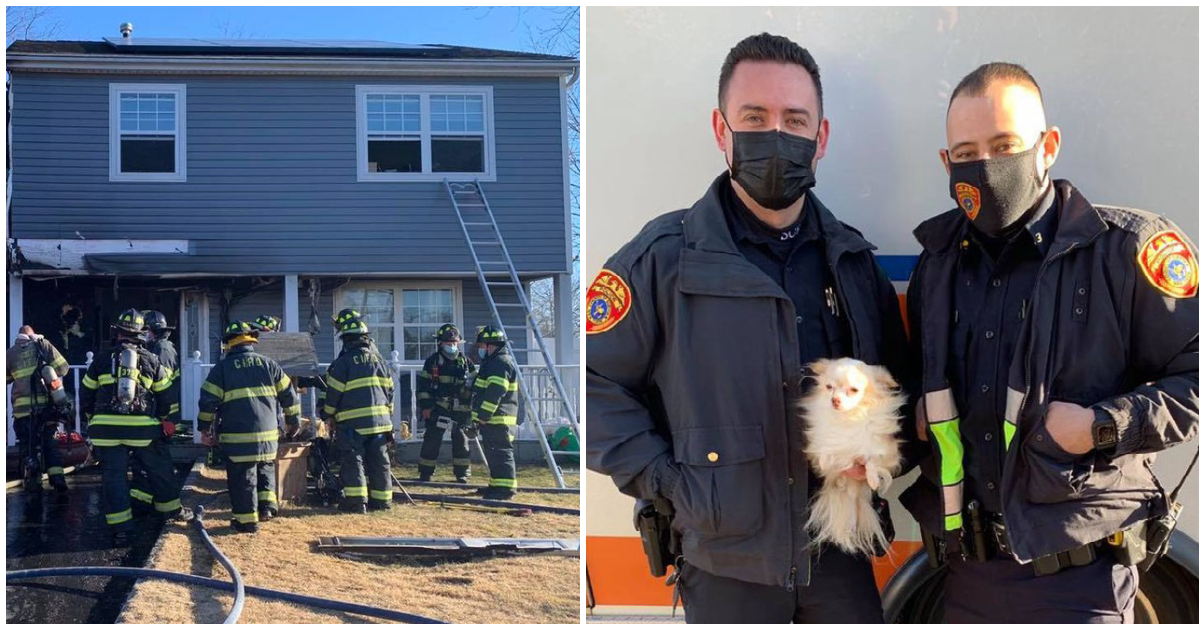 It’s always inspiring when police officers step up to help rescue people’s pets when they’re in danger. But two Long Island police officers went above and beyond recently, bravely reentering a burning home to save a dog and cat.

On March 5, Officers Sergio Rivera and James Galanos of the Suffolk County Police Department responded to a call about a house fire in Central Islip, New York.

Thankfully, the humans made it out: two children were seen exiting the house. However, they informed the officers that there were still two residents still inside: their cat Tiger, and dog JJ.

So, Officers Rivera and Galanos went into the burning house in search of the pets.

They soon found Tiger, who was running towards the basement. JJ was more difficult to spot, as smoke filled the home and obscured their search.

But then, they heard the sound of the dog’s whimpering. They reportedly found the dog inside a crate, right near the fire.

The officers carried the crate out of the house, then went back into the basement to retrieve Tiger.

Both the animals and the police officers made it out safely and with no injury.

Given that Tiger was in the basement and JJ was in a crate, it’s safe to say that they wouldn’t have made it out on their own. These officers saved their lives, going the extra mile and braving the flames to do so.

The Suffolk County Police Department shared their story on Facebook, praising them for their heroism.

“Thank you to Officers Rivera and Galanos for rescuing this family’s furbabies!”

Thank you to these officers for saving this cat and dog! Share this inspiring story!