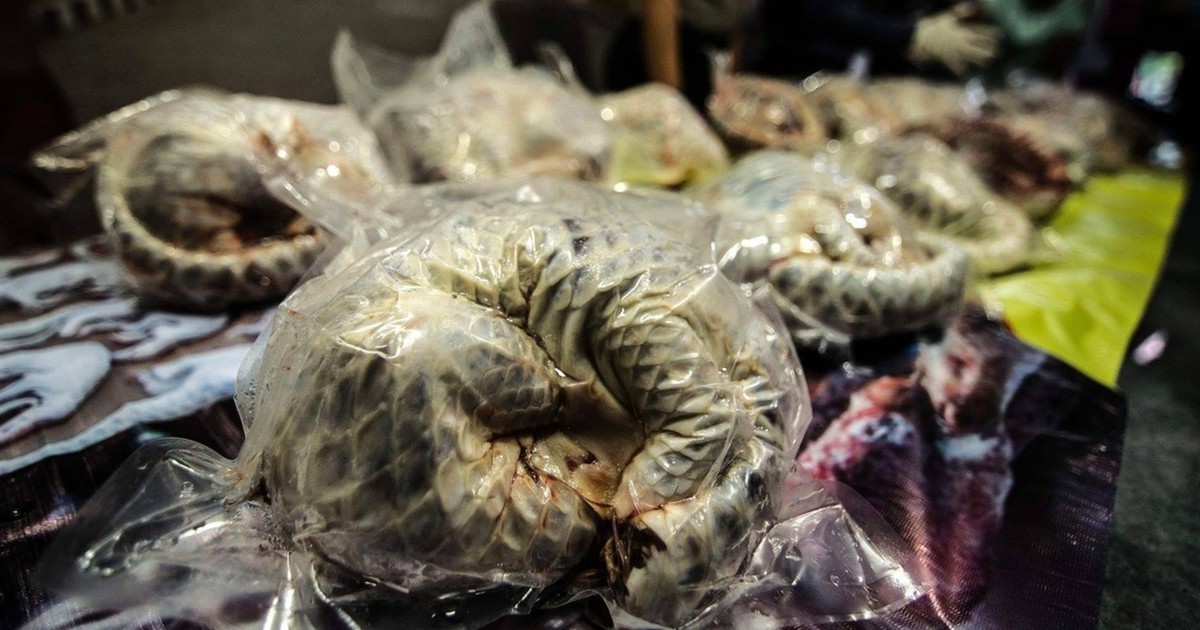 Even if you don’t know what a pangolin is or have never seen a picture of one, I’m sure when you hear this story, your heart will go out—like mine did—to these little creatures.

Police on the island of Java in Indonesia had received numerous calls from local residents, and on August 15, they raided a house in the Jombang district. Locals grew suspicious about their neighbor’s numerous large refrigerators—and what he might have hidden inside them. And when police arrived, they made a shocking discovery.

Pangolins are a critically endangered species also known as “scaly anteaters.” I’m not sure how poachers and smugglers can look past the sweet innocent eyes of these shy nocturnal creatures, but they do. And now, pangolins are the most illegally trafficked animal on the planet.

The wild animals are highly sought after in China and other parts of Asia, where their flesh is considered a delicacy and their skin and scales are used to make traditional medicine and shoes. Prices for pangloins reach above $1,000 each on the black market.

Indonesian police arrested the 55-year-old owner of the house where they found the dead pangolins and charged him for breaking wildlife protection laws. The man, however, denies the charges.

“The suspect insisted the Pangolins were not his, a friend asked him to store the animals because he has freezers,” a police spokesperson said, according to the Guardian.

The suspect and his friend, whom police are still searching for, could each face five years in prison and fines of about $7,500.

I’m not sure how a fine that small will stop smugglers who make a fortune selling pangolins, but I now that awareness about this issue will help the endangered animals come back from the brink of extinction.

To learn more about pangolins and how you can help, visit savepangolins.org.

Please share this article with all of the animal lovers in your life so they can also learn more about pangolins and their struggle to survive!