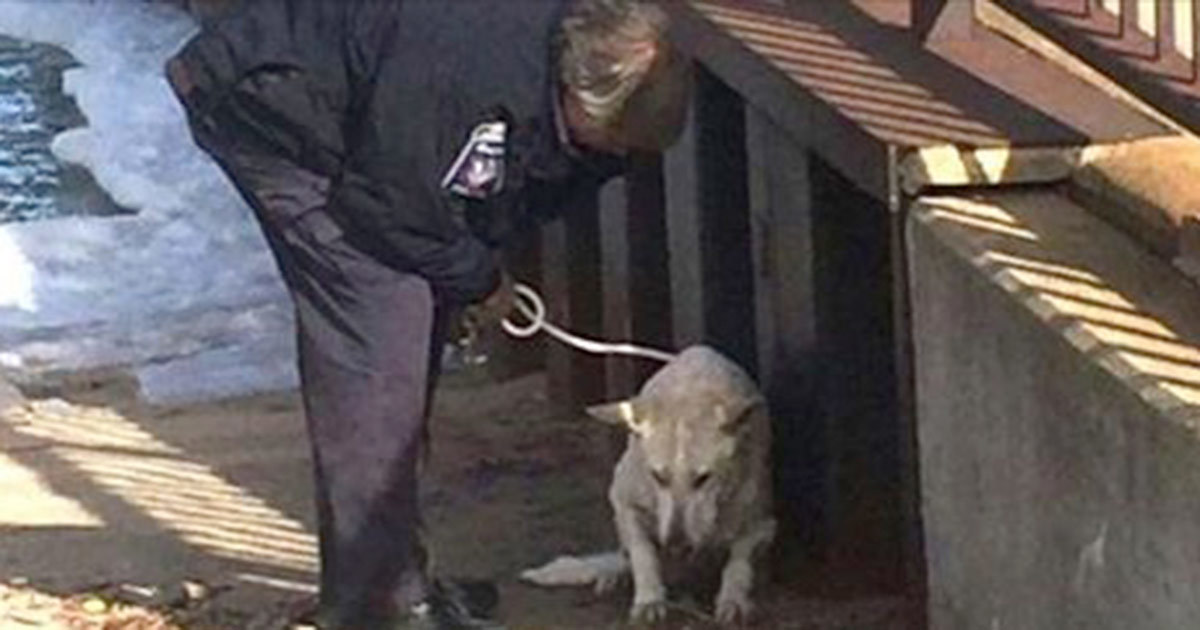 The dog had fallen into the river and swam for her life. The water was freezing cold and the current was strong. Thankfully, someone noticed the dog and called the police right away. That phone call changed the dog’s life forever.

When police received a call about a drowning dog, they immediately reacted.

They managed to get the dog out of the water, but the cold had gotten to the poor animal. She’d been in for too long and was in bad shape.

They covered her with a blanket and promptly took her to an animal shelter. Despite an intense search for the owner, no one was found. The dog was abandoned and alone. After local news network TMJ4 reported on the rescued dog, people began to call in, expressing their interest in the affair.

But it was a dog lover named Brenda Thompson who’s heart appeared to be most touched by Michigan’s story. It was love at first sight after she visited the animal shelter.

“I threw some clothes on and came straight here. I was here pretty much every day since I saw that story,” Brenda told TMJ4.

Michigan gradually showed Brenda confidence and eventually adopted her. Now Michigan has a home for the rest of her life… a home filled with love.

“The first thing I’m going to do is take him on a nice long walk. His bed is all made up. He’s got brand-new bowls and toys waiting for him. I think this is the beginning of a great friendship,” Brenda told TMJ4.

Just amazing! What wonderful animal lovers there are out there. Take a look at this news report about Brenda and Michigan.

This story just went straight to my heart. Share it if it had the same effect on you!