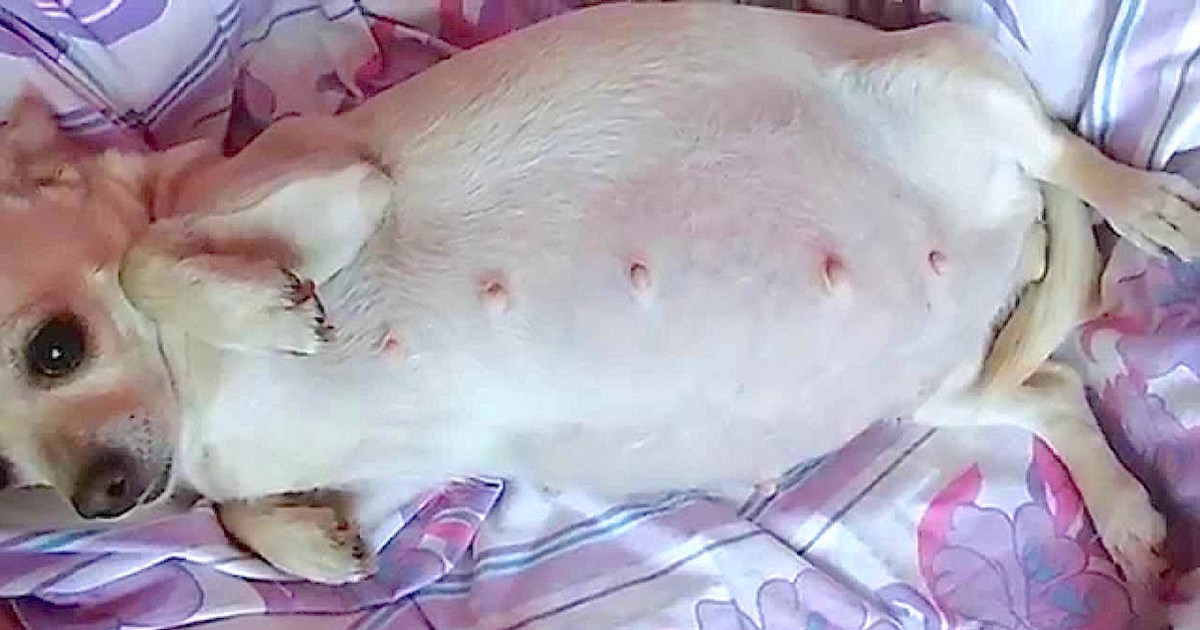 The average litter size for chihuahuas is about five puppies. But you’re about to meet an amazing little momma who completely shattered that statistic.

In 2011, Dawn and Bill Slater realized that their already large family was expecting an some new members. They already had four adults, one teenager, and a seven-week-old baby in the house, as well as two cats, a border collie, and three chihuahuas.

But it turned out that one of the family’s dogs—Chihuahua Coco—was pregnant. The dog’s veterinarian explained to Dawn and Bill that they could expect the usual number of puppies: five.

Then as Coco’s stomach grew, the couple realized that the truth was quite far from the vet’s message.

When they were born, Coco’s puppies were the size of mice, and the smallest barely weighed 70 grams (2.5 ounces).

When Coco gave birth to the fifth puppy, Dawn and Bill drew a sigh of relief and started making sure Coco and her puppies were warm and comfortable.

But it turned out that Coco wasn’t done. One by one, the puppies just kept coming.

“This should just not be possible,” thought Bill.

“When in hell will it end?” wondered everyone present.

By the time Coco was done giving birth, she was surrounded by 10 puppies—a record that put the new mom in the Guinness World Records.

What an amazing feat Coco accomplished! The fact that all of the puppies were healthy is also a small wonder!