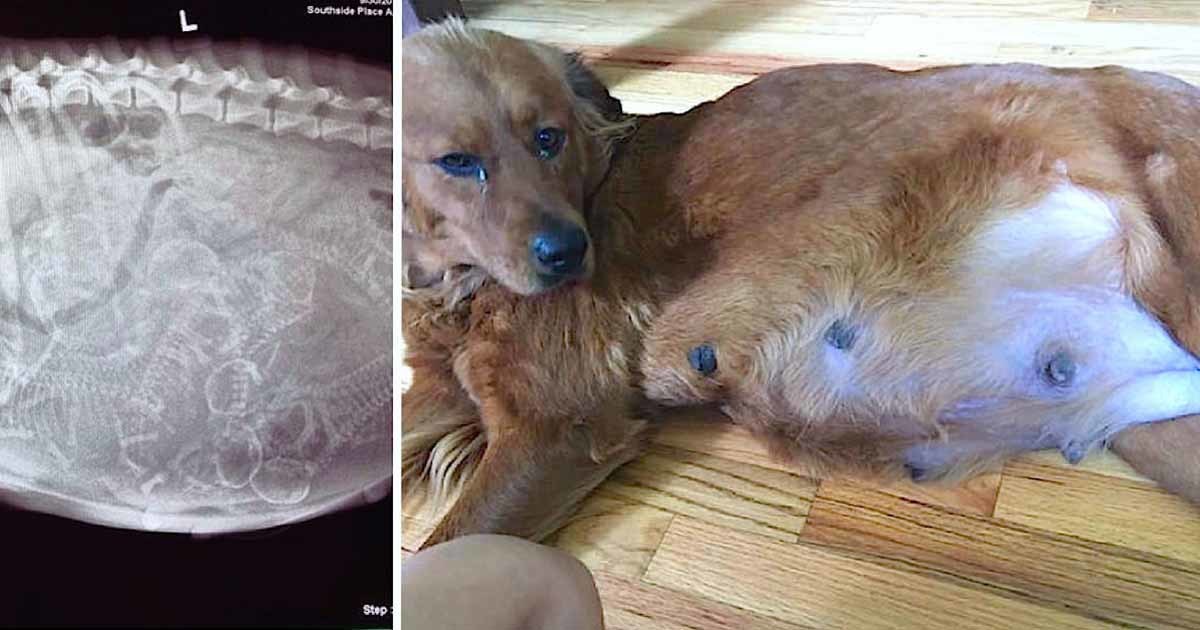 Sometimes a simple act of kindness brings about more good than you ever could imagine. You think you’re just taking an ordinary picture of a family, but it ends up meaning the world to them. Or you think you’re just helping a few dogs and you end up helping more dogs than you can count on your fingers.

When Ashlee adopted a pregnant dog from a kill shelter, the dog was about to be put to sleep. Ashlee knew she was saving more than one life, but she had no idea how many lives she would end up saving. Amazing!

Dogs have always had a special place in Ashlee Holland’s heart, but she was especially moved when she met a golden retriever named Ava.

At the time, Ava was pregnant and living at a local dog shelter. And what hit Ashlee so hard was the fact that Ava was scheduled to be killed. The mother-to be had been at the shelter for too long, and nobody seemed to want her, so the shelter was set to euthanize her. But then, Ashlee stepped in and changed everything.

“No dog deserves to be put to sleep for space,” Ashlee told FOX4.

But what Ashlee didn’t know when she adopted Ava was how pregnant the golden retriever actually was. Ava’s tummy was so full of puppies that it wasn’t clear many puppies Ava would have – but let’s just say, the surprise awaiting Ashlee was huge.

Ashlee is a true animal hero! Like and share to spread this wonderful story to all the animal lovers in your life.