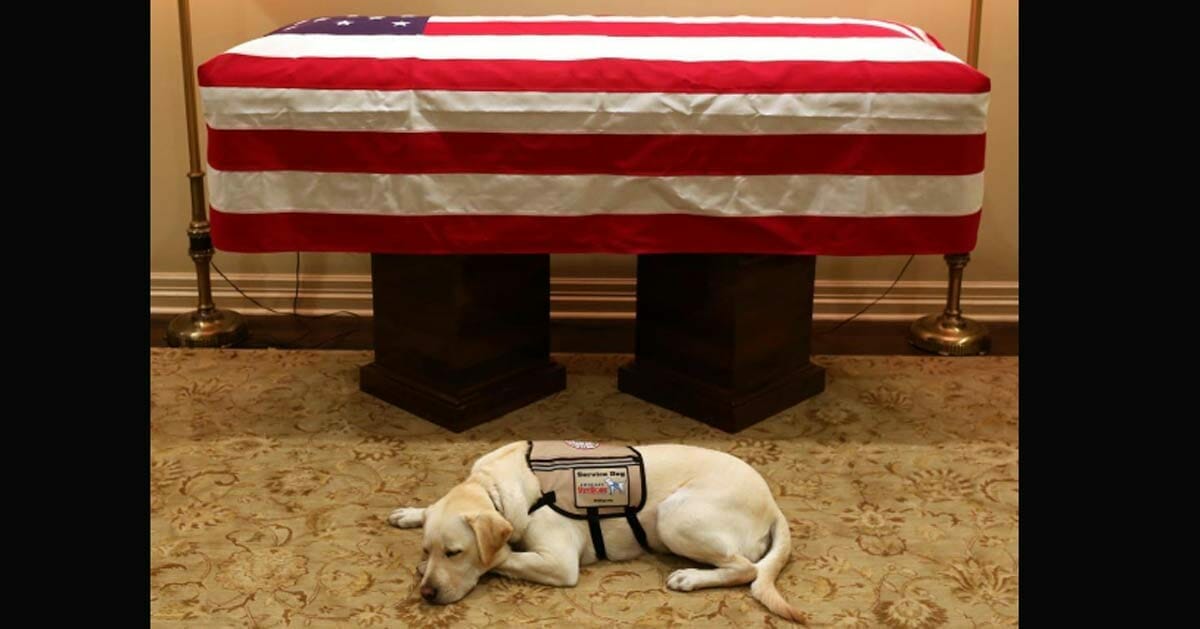 Despite the expected explosion of news from around the world in the aftermath, it’s perhaps the photo of the former world leader’s dog, Sully, that’s pulling hardest on the heartstrings of the masses. In the picture, Sully can be seen lying by his coffin, refusing to stray from his master.

Labrador Sully became part of the Bush family as George Sr.’s service dog in June, but it wasn’t long before he’d become a much loved member.

It was this Saturday, December 1, that George H.W. Bush, 41st President of the United States, passed away. He was 94-years-old at the time of his death, outliving his wife Barbara by just a few months – she passed away aged 92 in April this year.

Now, a heartbreaking image of his dog, Sully, is commanding the attention of thousands.

The image, which has garnered some 58,000 likes, was published to Sully’s Instagram page, accompanied by the text “mission complete”.

As per Fox News, George Bush’s son, George W. Bush, also published the image of Sully, stating: “As much as our family is going to miss this dog, we’re comforted to know he’ll bring the same joy to his new home, Walter Reed.” (A military hospital in Bethesda, Maryland).

One of the elder posts on Sully’s Instagram showed him leading George H.W. Bush.

As per reports, Sully was trained by America’s VetDogs – an organization that produces service dogs for war veterans. Evan Sisley, the late George Bush’s personal assistant, told how Sully can open doors by himself, pick up objects and call for help.

But, “more than anything else the dog will be a wonderful companion,” he said, via Fox News.

George Bush Sr. is set to have a state funeral on Thursday.

If you want to thank the former president for his service to America, share this article on Facebook.