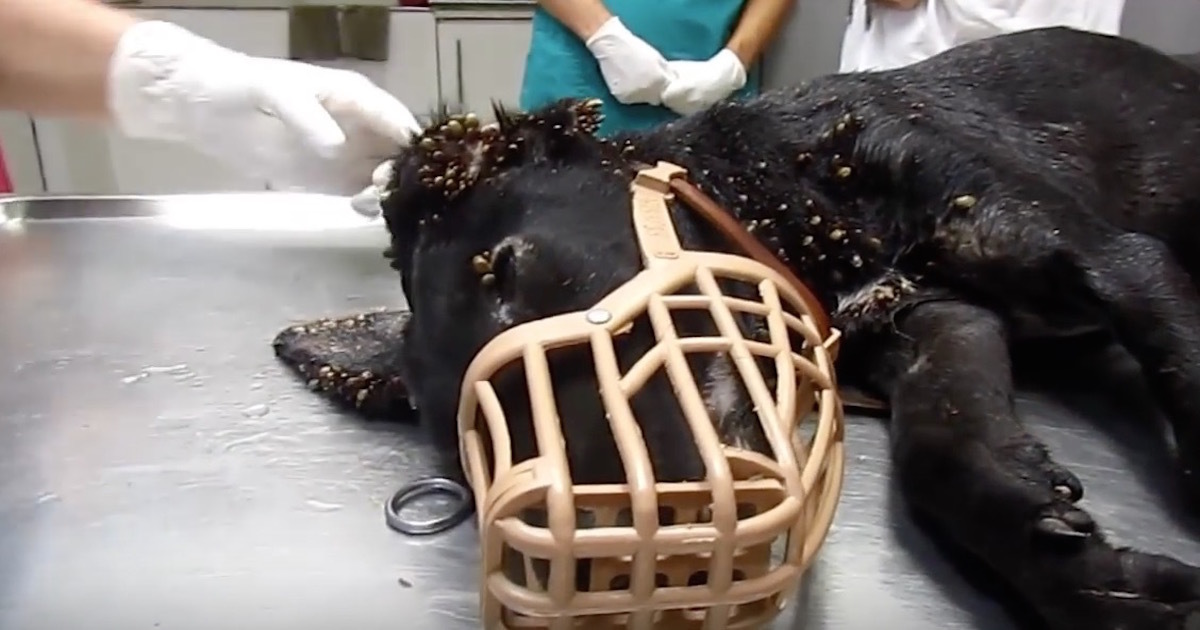 Puppy Blossom was just days from death when she was discovered. Her body was covered with over 1,000 ticks that had sucked out nearly all her blood.

Puppy Blossom was in very bad shape when she was discovered in the outskirts of Athens, Greece. She was covered with ticks and had been tormented by people. The poor puppy was certainly not off to a good start in life.

She’d been walking around the city streets for weeks without anyone stopping to help her. She was completely neglected until a animal welfare volunteer worker finally came to the rescue in July 2015.

Besides all the ticks feeding off of her, someone had tied a rope around her tail, preventing her blood from circulating properly as she grew. Eventually, her tail was essentially dead, and had to be amputated.

Due to the tremendous amount of ticks covering her, Blossom had very low blood count and required several blood transfusions.

It took over a week to remove all the ticks.

After recovering at the animal hospital, Blossom was finally taken in by a foster family. Blossom would never have to suffer in such a way again.

After two months of rehabilitation with her foster family, Blossom was at last taken to her real home with a family that loved her.

Today Blossom is doing well; just watch her transformation below: