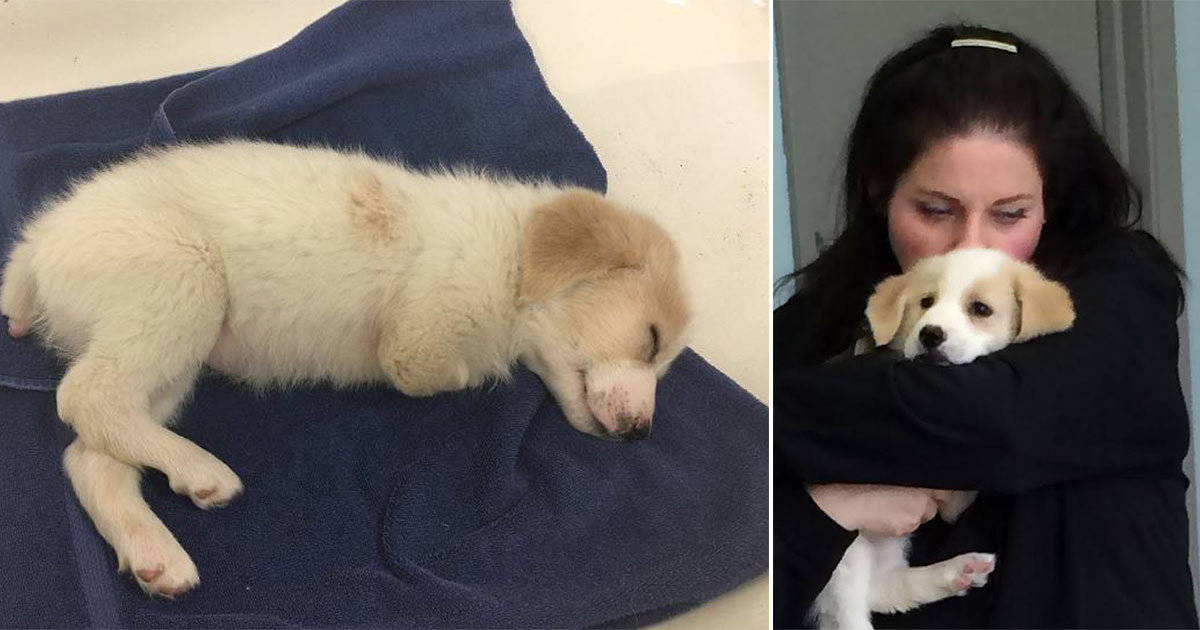 All animals deserved to be treated well, no matter how they look.

This seven-week-old puppy was born without front legs. But instead of getting the extra care he needed, the puppy’s owners tied him up in a garbage bag and dropped him in a trash can.

It’s unimaginable that anyone would do that to a puppy, but fortunately this story has a happy ending, thanks to a series of heroes…

It always hurts my soul to see animals in distress, whether they’re as small as mice or as big as elephants.

In this case, the animal is a seven-week-old puppy who was abandoned in a garbage can in Toronto. His name is Cupid and he was born without front legs. Two women somehow heard his cries from inside a garbage bag, where his former owners most likely had put him.

The woman immediately called animal control services. He was then taken to an animal shelter, where he got all the love and warmth he deserved.

“He is absolutely hilarious. He is sassy and funny and animated,” Joan Znidarec, president of Dog Rescuers Inc. told The Dodo.

The shelter put up an ad looking for a loving home for Cupid. And it wasn’t long before they found a perfect match. Cupid got a new loving home!

Despite surviving one of the worst things an animal could go through, Cupid still has little challenges every day because of his missing front legs.

“You have to prop him up when he has to pee or poop. Puppies can be challenging on a good day. I think the combination is probably why but regardless, it is inexcusable,” Znidarec told The Dodo.

Now, Cupid’s life is about to get a little easier. In addition to his new family, he’s also getting two prosthetic front legs so he can run around and play just like any other puppy.

What adorable little dog! I’m so grateful that these heroes took Cupid in and gave him a second chance. Please share this article with your friends on Facebook and help us pay tribute to all of the animal advocates out there!