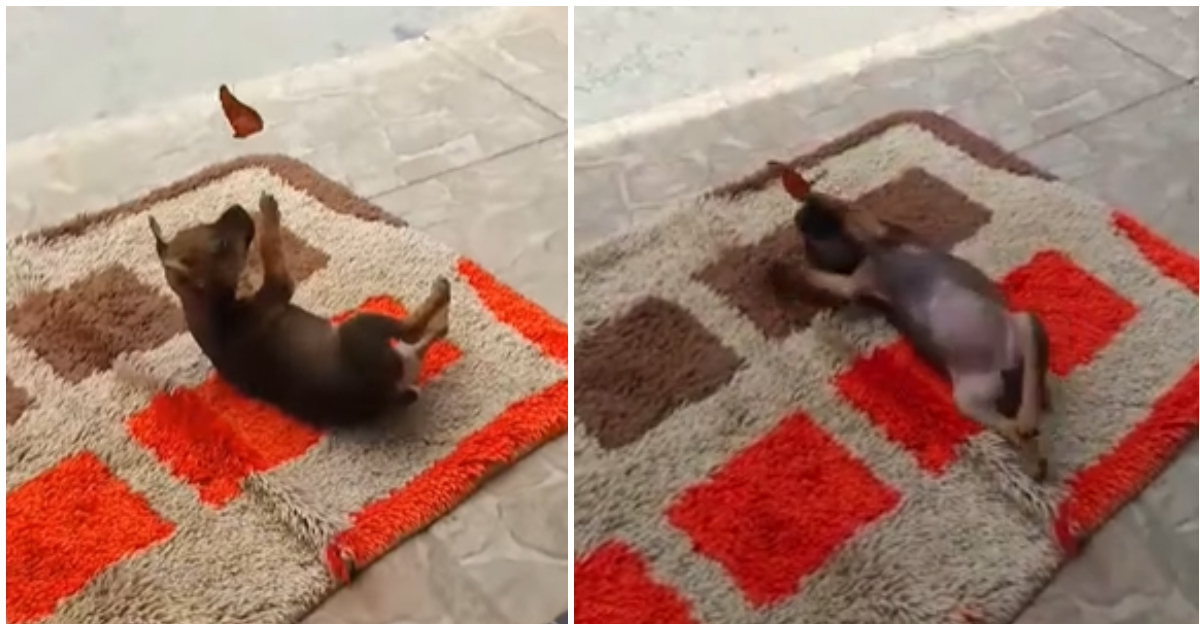 There’s no shortage of funny and cute pet videos on the internet. Dogs and cats are such curious and playful animals that often you’ll find them doing something wonderfully unexpected.

Like one family, who caught their puppy joyfully playing with an unlikely new friend in what has become an adorable viral hit.

And Emy was doing something incredibly adorable: playing with a butterfly!

Emy was having the time of her life, laying in the sun and pawing at the butterfly floating around her.

It doesn’t seem like she was trying to catch the butterfly, more just amused and curious about it.

The family says that while the video only lasts two minutes, Emy and her new friend played for over an hour.

“It was the first time she played with a butterfly,” Lúcia told local website Amo Meu Pet.

But Emy is a very playful and social pup, so it wasn’t a total surprise to her family.

“She is a fuse, she doesn’t stop, and she is very sweet. She loves to be with people all the time,” Lúcia says.

The video has now gone viral. Lúcia shared the video on Facebook, where it has already been viewed 2 million times since March 17.

Thousands of people have commented about how adorable Emy is and how it made their day.

Emy is such a star that one artist even drew a tribute to her and her butterfly friend:

How precious! This video definitely made our day. Just a puppy loving life and making a new friend.

Share this adorable video with your friends to spread the joy!