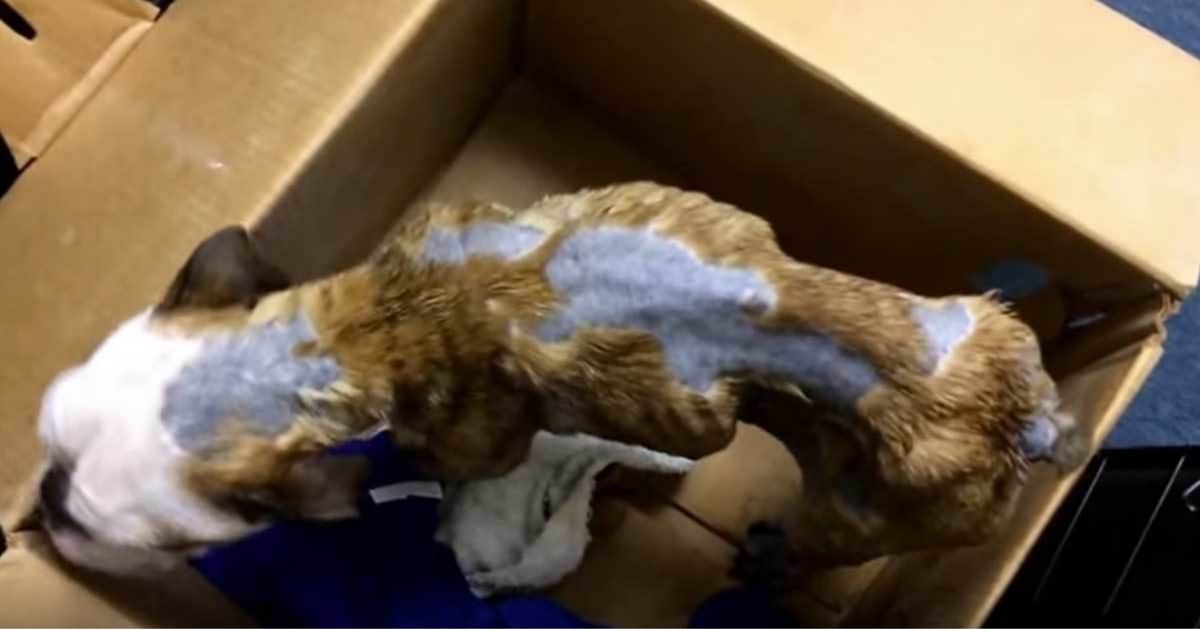 There’s nothing worse than people who treat animals badly.

This little puppy was found on the street in terrible condition. Her fur was coming off in patches – the result of a skin disease that is in fact easy to treat.

When the puppy was found dumped in the street, one could hardly believe that such cruelty could exist. How could anyone treat a living creature this way?

Luckily she was discovered by kind and compassionate people. They immediately contacted a local animal rescue organization, Adopt-A-Bull Rescue. Thankfully, the puppy’s story then took a positive turn.

When the puppy was found, she was in such poor condition that she’d become unconscious. Her owner had just thrown her away as if she were rubbish.

She had serious skin infections and was in desperate need of treatment. If her owner had taken her to the vet earlier, her skin issue would never had gone that far.

The puppy rescuers decided to name her Princess. She was extremely skinny and could barely keep her eyes open, but Princess was a real fighter.

Princess’ skin infections healed and she got plenty of love and care. It took only a few days before she was able to stand on her feet again. She became more alert and energetic each day – and one day she was actually healthy enough to go to a new home.

Today, Princess is doing well. She has a dog friend named Cliffy and they play together every day. Princess has gained weight and her eyes light up with joy.

You can see how Princess looks today in the video below. She’s like a brand new dog!

How fortunate that there are big hearted people out there who help out vulnerable dogs. A million thanks to them for giving Princess a new life!