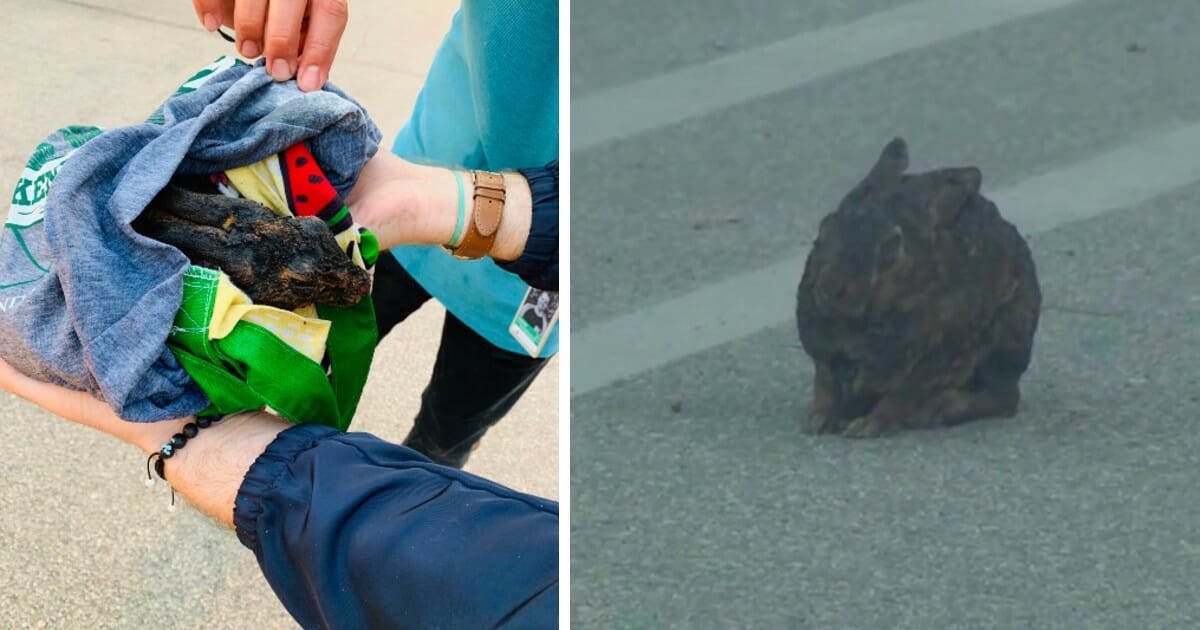 On Friday the Los Angeles Fire Department announced that the Saddleridge Fire had reached 4,700 acres and was at zero percent containment. The fire, which is currently burning north of Los Angeles has destroyed at least 25 structures, injured one firefighter, and left at least one person dead after they suffered cardiac arrest.

While thousands of people have evacuated, there’s one group that’s often left to fend for themselves, wildlife.

Share
Tweet
Friday morning while ABC7’s Jade Hernandez was reporting on the fire from the parking lot of a YMCA in Porter Ranch, a wild rabbit appeared to hop out from the burning brush. At a glance it looked as though the rabbit was burned or its fur was badly singed. With its home burning around it, the rabbit hopped around the parking lot looking for someplace to escape the inferno.

Later Hernandez updated concerned viewers and said that another viewer went to the parking lot and was able to locate the rabbit. They picked up the frightened critter and transported it to a vet where it would receive treatment.

My heart breaks for all of the other animals that are out there trying to escape the flames, but I am so happy that someone helped this rabbit. Share this to thank the concerned viewer who helped this poor rabbit.
Share