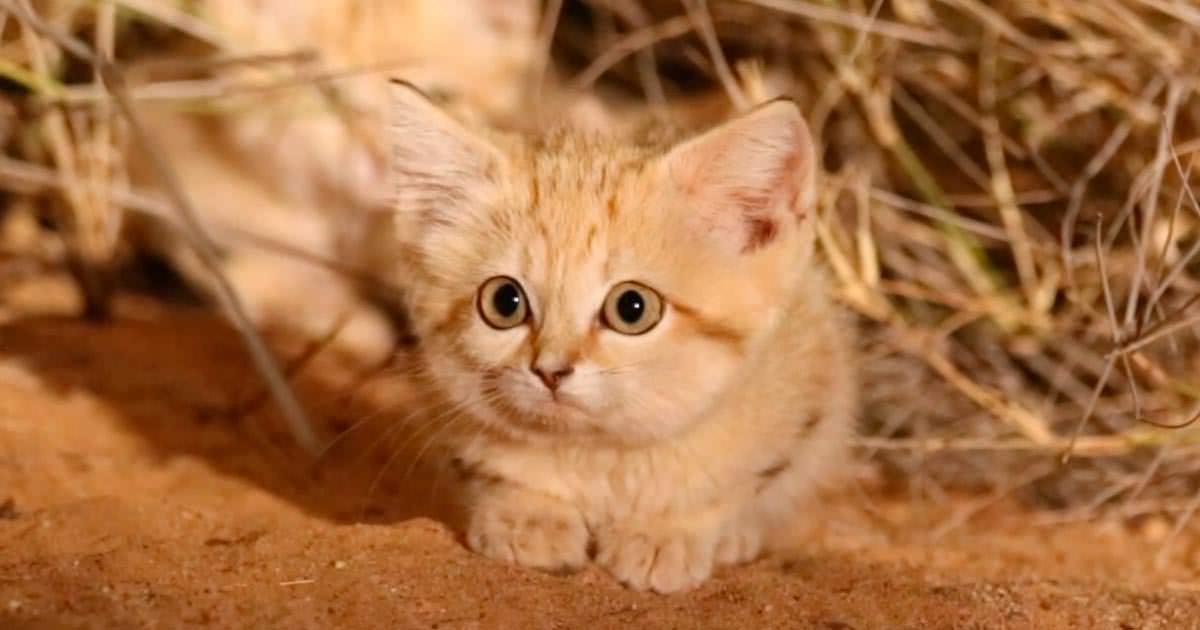 After four years of thorough research, these rare and sought after wild cats have finally been caught on tape — for the first time ever.

The kittens, which are between six and eight-weeks-old, were discovered by the organization Panthera, which is devoted to the conservation of the world’s wild cat species. The organization was on a research mission in the fields out in the desert.

Biologists Grégory Breton and Alexander Sliwa saw the kittens from their car heading back to their camp in the Moroccan part of the Sahara desert this past spring, Panthera writes on their blog.

It was the three pairs of eyes in the middle of the desert night that caught the pair’s attention.

The animal lovers spent an hour out in the wild observing and filming the little kittens.

Suddenly an older female Sand cat appeared, which the organization suspect was the mother.

They sure had luck on their side that evening.

This was the researchers’ dream come true and they couldn’t believe their eyes.

“We believe this was the first time researchers ever documented wild sand cat kittens in their African range,” Grégory Breton writes in Panthera’s blog.

At first glance, they look like any ordinary cat but they’re anything but. The sand cat, which lives its entire life in the desert, is a very rare type of cat. They are also extremely shy and usually try to stay as far away as possible from humans.

Last year, for the first time in ten years, researchers managed to capture a sand cat in a picture. But this has now been outdone by Grégory and Alexander who managed to catch very unique footage of the unusual animal. The video and images have now been spread all over the world.

Despite the fact that this rare sand cat remains in some deserts, it is slowly becoming instinct in some in the Middle East, especially in the United Arab Emirates. Sadly, the number of sand cats have decreased over the years due to human life affecting their natural habitats.

Scientists now hope to learn more about the sand cat, so that the species can be protected and continue to live in the desert.

The sand cat’s fur is brown just like the desert sand and it also has thick furry paws, this is so it’s able to quickly sneak through sand dunes.

Take a look at these beautiful little creatures for yourself below.

Share if you also thought these amazing and interesting creatures are some of the cutest things you’ve ever seen!