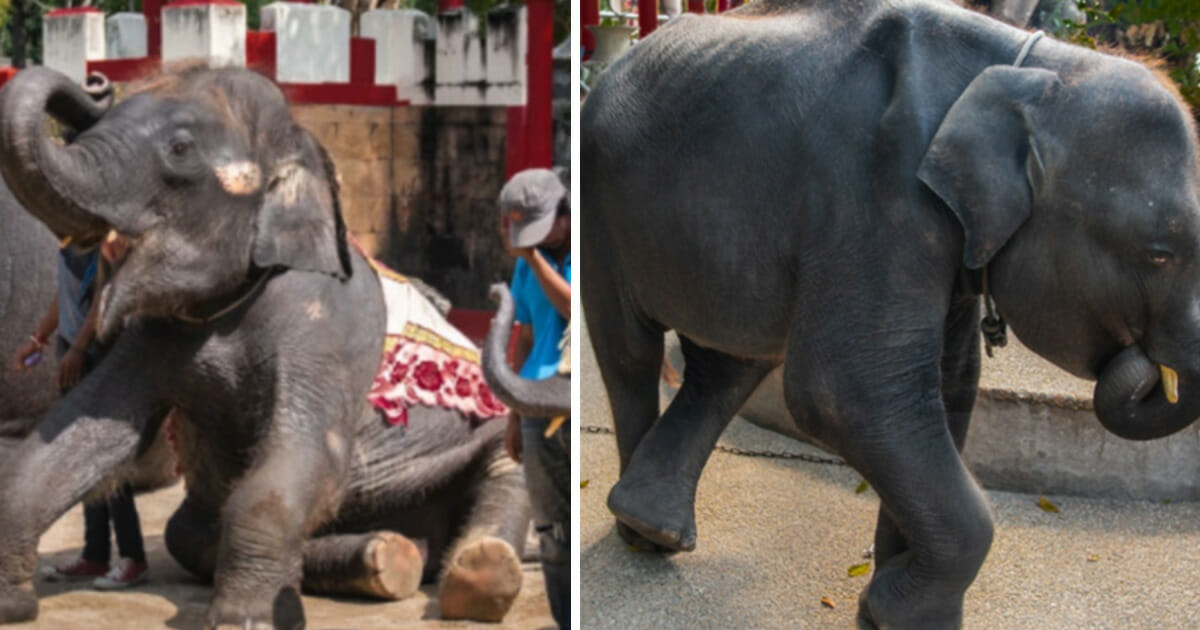 An elephant dubbed ‘the real-life Dumbo’ has died after being forced to dance for tourists in Thailand, an animal charity has confirmed.

It was earlier this year that the animal made headlines when charity organization ‘Moving Animals‘ shared footage of him being made to dance to rave music in Phuket’s Zoo in Thailand.

A petition was launched in an effort to rescue the elephant – one that quickly garnered in excess of 200,000 signatures – but sadly it wasn’t enough. Moving Animals has now revealed that the elephant’s back legs became so weak that they snapped while he was dancing. He died less than a week later.

The co-founder of Moving Animals, Amy Jones, said: “This is a tragic and horrific end to Dumbo’s heartbreakingly-short life.

“His skeletal body clearly suggested that he was unwell and could be suffering from malnourishment and exhaustion. And yet the zoo did nothing until receiving international criticism.

“Under their care, this baby elephant broke both of his back legs, and the zoo did not even realise for three days. I can’t bring myself to imagine Dumbo’s suffering during this time.

“For Dumbo to die whilst under the so-called ‘care’ and ‘treatment’ of the zoo shows just how neglected these animals are in captivity.

“We hope that Dumbo is now finding the peace that he was so cruelly denied in his life, and that his tragic story will urge Thai authorities to finally put an end to these outdated animal performances.”

The vet tasked with treating Dumbo after the incident has also spoken on his passing. She explained that his front legs had become stuck in mud while he was holding himself up on his back legs.

“First, he tried to lift himself out with his back right leg, but the bone was too thin and too brittle, and the stress on it caused it to break,” she told The Phuket News.

“So, he tried to push himself out of the mud with his back left leg, and that broke, too.”

Staff at the zoo were able to get him out of the mud and he was taken to hospital. Sadly, just three days later, he died.

Compounding the tragedy is the fact that technically the zoo didn’t break any Thai laws, meaning they can purchase another baby elephant as a replacement if they so wish. It should go without saying that elephants need to be protected from such places, and the only way that can happen is if people raise their voices in protest.

Please help us spread what happened to Dumbo so that people know just what is happening around the world.

Only together can we hope to beat this horrifying scourge. Share this article to show you stand against animal cruelty in any form!