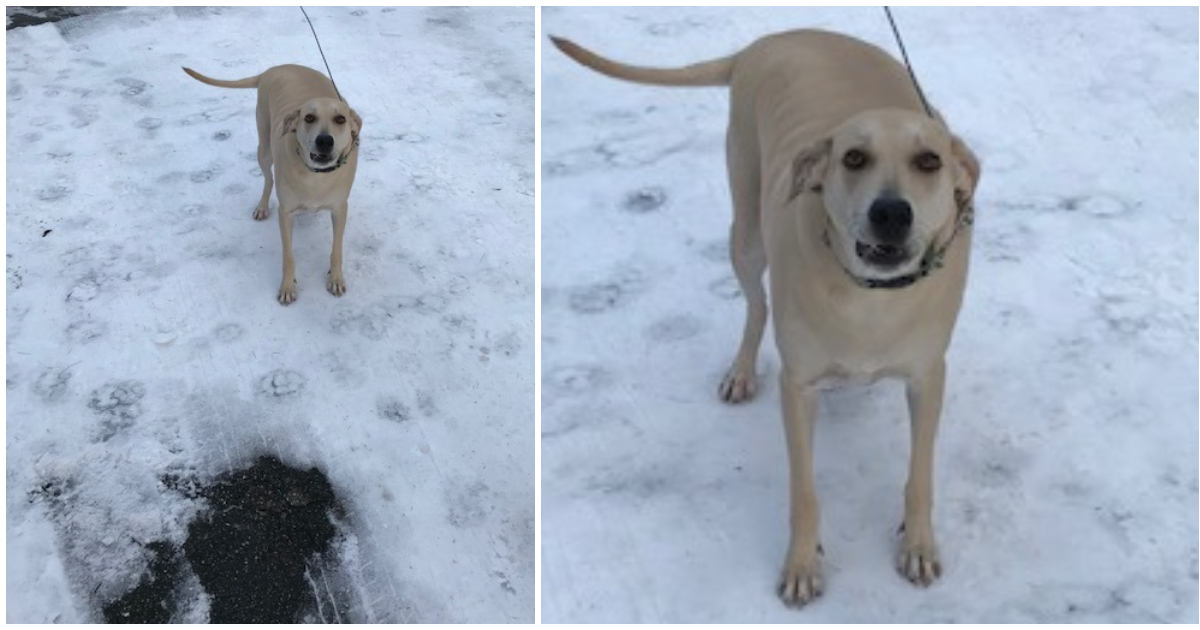 We all remember Lassie, the classic show about a collie who would always save the day. A typical story would involve Lassie alerting a neighbor about “Timmy stuck in a well.”

But it’s not just fiction: we’ve seen many stories of brave dogs stepping up to save the day, alerting people of danger and saving people in need.

Like one amazing dog, who recently saved her elderly, blind owner from disaster.

On January 5, a woman from Limington, Maine heard some shouting from her neighbor’s house and contacted the York County Sheriff’s Office. When Sergeant Steve Thistlewood arrived to investigate, he was approached by a yellow lab, who seemed eager to get his attention.

The officers decided to follow the dog, and soon discovered what she was trying to show them: the dog’s 84-year-old owner had fallen into an icy brook and was trapped.

It turns out the elderly man was legally blind, and had fallen in while putting his pet, Samantha, on a dog run.

“He yelled and yelled but soon started became exhausted and started succumbing to the cold – the temperature was 30 degrees at that time,” the York County Sheriff’s Office wrote on Facebook.

Sensing that her owner was in grave danger and no one else was around, Samantha rushed off to get help, and successfully saved the man from freezing to death by leading the cops to the scene.

It’s clear that Samantha is a true hero. It just goes to show how great it can be to have a smart dog by your side to help you, especially for the elderly and sight-impaired.