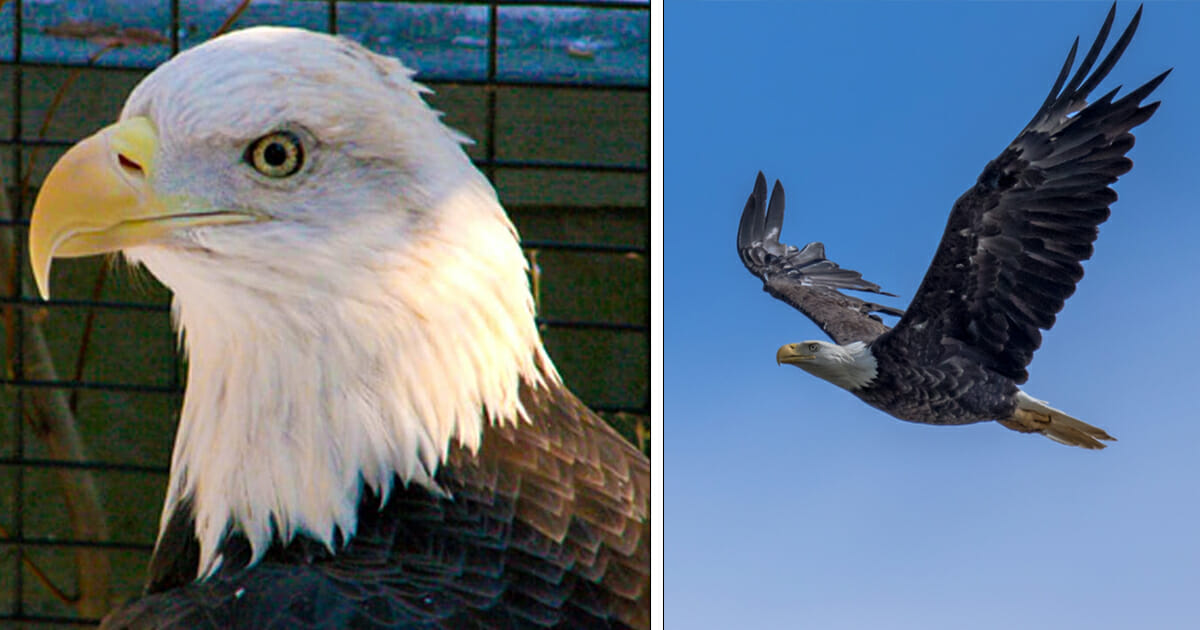 A wildlife refuge is pleading for help from the public after a bald eagle was stolen from their facility in New York on Tuesday, July 16.

According to reports, the eagle, named Sam, was stolen from the Quogue Wildlife Rescue, where he’s been living for the past 31 years.

Sam has an amputated wing (the wing was removed after he was shot in the wild) and the rescue fear that he will die if he’s not returned to them.

The Quogue Wildlife Refuge took to social media to issue a distress call. They wrote in a Facebook post: “OUR BALD EAGLE WAS TAKEN AND IS MISSING! He will be stressed and cannot survive without our care.

“We want him back unharmed. It is a federally protected bird and cannot survive in the wild as he has an amputated wing.”

The eagle is between 35 and 40-years-old and is well known by people from his time spent at the sanctuary.

The Quogue Wildlife Refuge provided an update on Wednesday, July 17, stating they were working with law enforcement in a bid to recover the bird. As yet, there have been no further updates.

“They are heartbroken,” assistant director Marison Nelson said, of the people who know Sam.

“It is horrible. this bird has been here for 30 years, so many people know him.”

STOLEN BALD EAGLE: A desperate search underway for whoever stole a Bald Eagle from the Quogue Wildlife Refuge. “Sam” is a 35-year-old Bald Eagle. He’s been at the wildlife center since 1988. Police say Sam’s cage was cut and pried open. The facility says the bird has a partially amputated wing and can’t survive without their care. If you have information about Sam’s whereabouts, call Quogue Village Police at 631-653-4791. #baldeagle #quoguewildliferefuge

Security camera footage from the facility reportedly shows a man in a baseball cap leaving the sanctuary in the early hours of Tuesday morning (4:15.a.m.). Officials believe that Sam was inside the bag that he was carrying.

“He’s a very strong bird. We don’t even handle him because it stresses him out,” Nelson told reporter NJ Burkett.

The Quogue Wildlife Refuge is begging the public to help the search for Sam in any way possible. Anyone who might know anything is urged to call (631) 653-4771 or email [email protected]

Help us spread this message so that this majestic bird can be brought safely home.