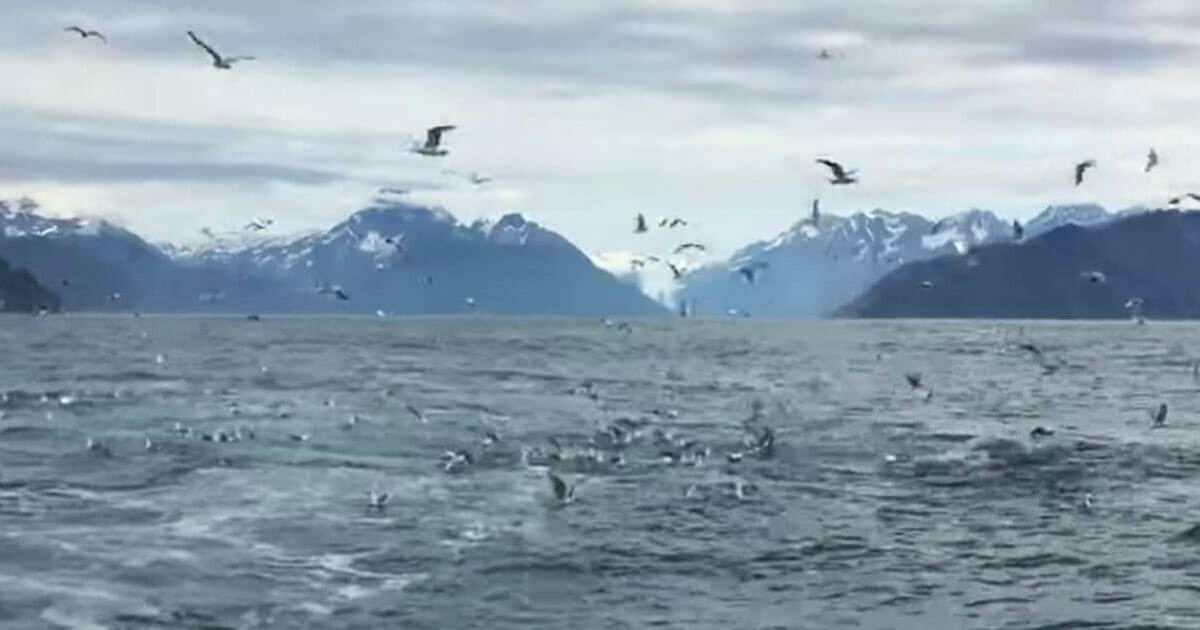 Since the dawn of human history, man has yearned to explore the oceans that cover such a large portion of our earth. Even so, we still know so little about all that lurks below the surface of the world’s waters.

Perhaps it’s that unparalleled sense of mystery that makes the seas so fascinating.

One man who knows just what it’s like to be captured by the sea’s magnificence is Brad Rich. He was out with some friends one day in Alaska, USA, when a large flock of seagulls suddenly began to circle a spot in the ocean. He thought it strange that they appeared to be angling themselves to dive at something in the water …

Given the behavior of the birds, there was undoubtedly something going on that Chris’ eyes – and those of the others on board – couldn’t pick up. Something seemed to be hiding just below the surface … the only question was what?

Soon enough, though, Brad realized what was happening. He got out his camera and started to record, hoping to capture a true spectacle.

Then, around 55 seconds later, suddenly a loud noise erupted from the depths.

It turned out a group of humpback whales were swimming close by, chasing food while the birds circled overhead. In the end, the whales breached the surface … which was something Brad surely hadn’t expected to see that day!

His reaction to the event says more than words ever could. With as much horror as admiration, Brad is suddenly thrust into a situation wherein he’s mere yards away from a whole pod of some of the largest creatures on earth. The whales alone made such waves as to have the whole boat rocking.

I’ll say only this: The view is a one in a lifetime sort of thing. What luck that Brad managed to get the whole thing on film so that others could witness the magic too – this is truly amazing!