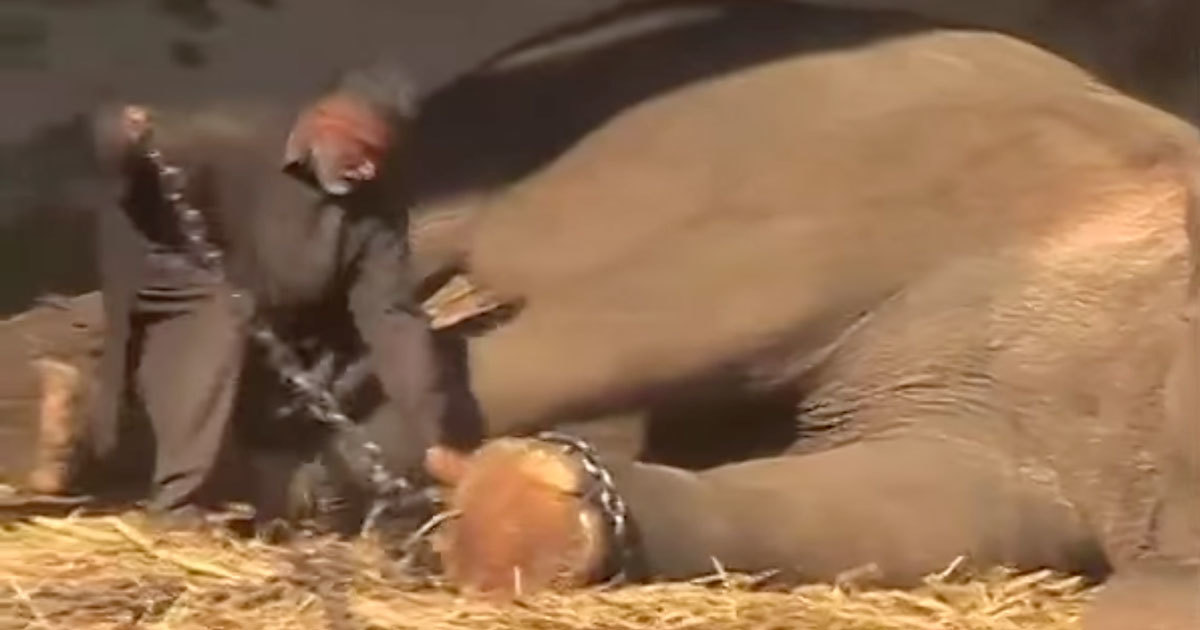 Last month, as Samar Khan was visiting Pakistan on her holiday, she made a stop at the Murghazar Zoo in the capital Islamabad. A stop that ended in way Samar couldn’t have planned.

At the Zoo, Samar discovered the elephant Kaavan, chained up and restricted to the limits of his enclosure.

“But that didn’t seem to matter because for the entire time I was there Kaavan didn’t move. The only thing that moved was his head, as it bobbed repetitively from right and left, a behavior known as ‘weaving’ which elephants adopt in response to stress and depression”, Samar writes.

What Samar witnessed during the one-hour long stop at the zoo made her feel really, really sad. And when she realized Kaavan had lived at the Murghazar Zoo for almost 30 years and had been kept in chains for most of that time, she just had to do something.

When she came back to California she started a petition on the site Change.org to help to create a better life for Kaavan.

The feedback was just amazing. In just as few days, over 30,000 persons from all over the world had signed the petition. The support for Kaavan soon reached politicians in Islamabad who ordered the Zoo to immediately remove Kaavan’s chains and to start abiding by international rules regarding zoo animals.

Today, Kaavan is free from his chains but he still lives at the zoo. However, Samar is not done yet. On this site, she keeps the struggle going and fights for Kaavan’s right to become free and instead live in a reserve for elephants.

I really wish her and Kaavan the best of luck! Please share if you wish her the same!