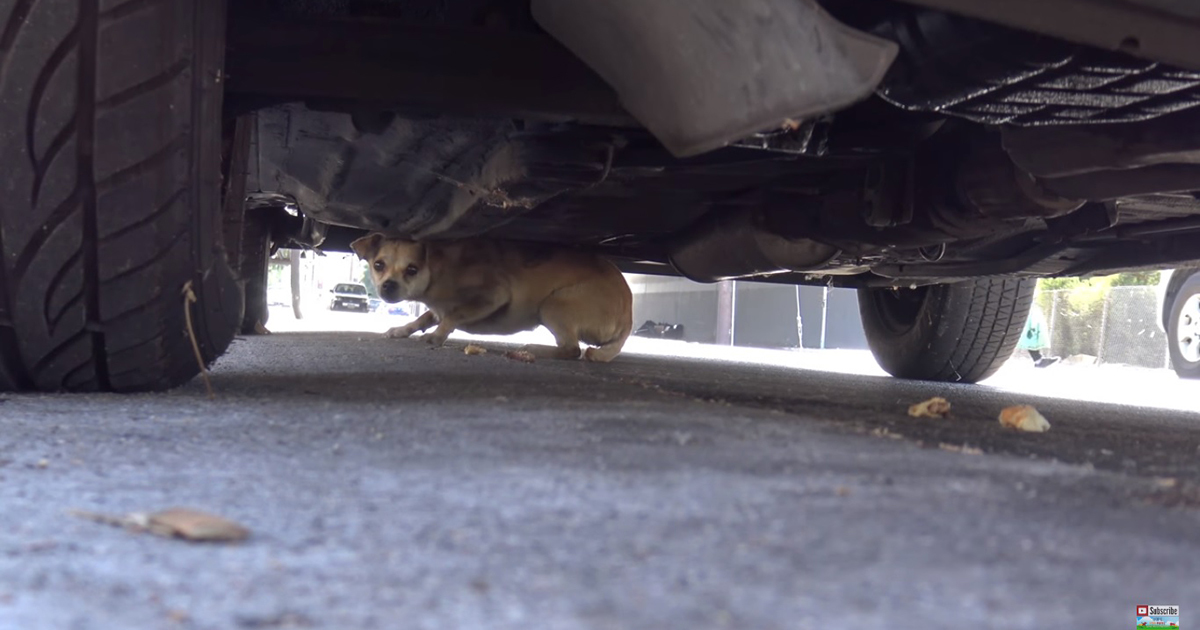 The thought of our pets getting lost makes us all upset – but the prospect of never seeing them again is even worse.

But when one small dog was found under a car, the rescuers had no idea that she was someone’s pet. They were even prepared to adopt her.

They slowly approached the dog, but minutes later everything changed and a heartwarming story was underway.

Fearing the dog would get scared, bolt, and run into the busy street, they decided to put fencing and netting around the car so she would be stopped if she tried.

Her rescuer placed his ‘lucky lead’ around her neck to try to guide her out.

When she came out from under the car, she was keen for some love and affection.

The rescuers then scanned the small dog to see if she had a microchip – and miraculously she did! They called her owner – a guy called Dave – and discovered a heartbreaking story.

Dave told them that the dog was called Luna. Four days before, Dave had been walking Luna and her brother when a car suddenly sped through a crosswalk and struck her brother.

Luckily, Luna’s brother wasn’t badly injured, but among all the confusion Luna had managed to slip away and run away frightened. Dave had been searching for her ever since.

The rescuers took Luna to a veterinary centre where, while they waited for Dave to arrive, they treated her for some minor injuries, gave her some food and let her rest.

Then, when Dave arrived, they witnessed an emotional reunion that would not have been possible if Luna hadn’t been microchipped.

Watch the emotional tale unfold in the video below:

Having a registered microchip allowed Luna to be quickly and safely returned to her dad. A total of one in three pets will get lost during their lifetime, and 90 per cent of those without a tag or microchip won’t return home.

Please share with your friends to help make sure all pets get microchipped, so that if they do ever get lost, they will be able to make it home.

At Newsner, we love animals and believe in treating them with the utmost respect. Please like our page if you do, too.