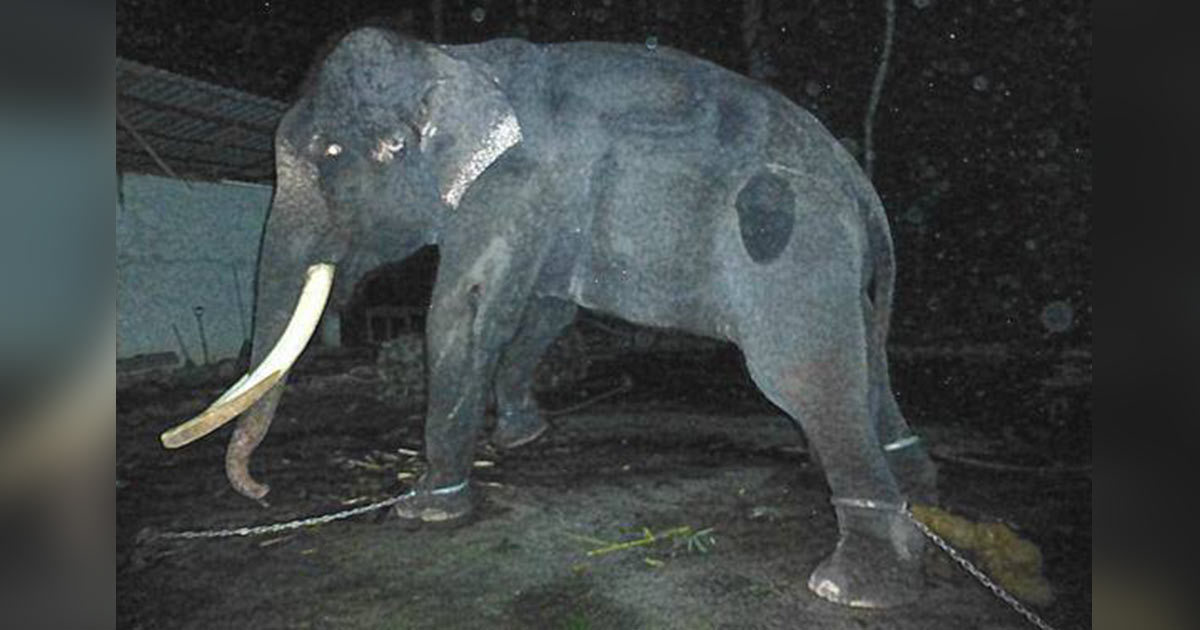 The elephant named Lasah began life in the wild. But the 36-year-old has spent most of lives doing various jobs. He’s starred in a film, dragged logs, and performing at the zoo. But for the past 10 years, Lasah has been forced to give rides to tourists on an island in Malaysia. The people who own Lasah torment him every day and chain him up at night so he can’t even lie down.

This is no way for an elephant to live. And, the Friends of the Orangutans Malaysia want to change this. They’ve started a petition to move Lasah an elephant sanctuary where he can live out his life in peace.

Lasah’s story is so sad that I don’t where how to begin. During his 36 years on this planet, he’s been enslaved by people whose only purpose has been to make money off of him. And none of them has bothered to check how Lasah feels about it.

The elephant was born in the wild and enjoyed some years in freedom. But after spending most of his adult life in chains, it’s uncertain whether he remembers how it feels to be free.

Today, Lasah works in Malaysia’s tourism industry. Day after day, he gives rides to tourists in the scorching heat. If he doesn’t obey, he’s threatened with torture by his owner. And a photo taken by the Friends of the Orangutan shows how Lasah is treated when tourists aren’t watching. During the night, his handlers chain all four of his legs, preventing him from lying down to rest.

This is not only cruel, it is also illegal in Malaysia. Lasah deserves a better life!

The Friends of the Orangutan have started a petition to rescue Lasah and move him to Kuala Gandah Elephant Sanctuary, where he’ll join other elephants that have been tortured in captivity.

“In this day and age with all the knowledge we have and understanding of animals feelings and physiology, there is absolutely no excuse to treat another living animal in such a cruel and inhumane way,” writes one of the people who signed the petition.

More than 200,000 people have signed the petition, and I urge you to do the same. The signatures will be submitted to the Malaysia’s prime minister, and if enough people protest, hopefully, the owners will be forced to give up Lasah. He deserves to live his last years in peace!

Please share this petition with everyone you know who loves animals!