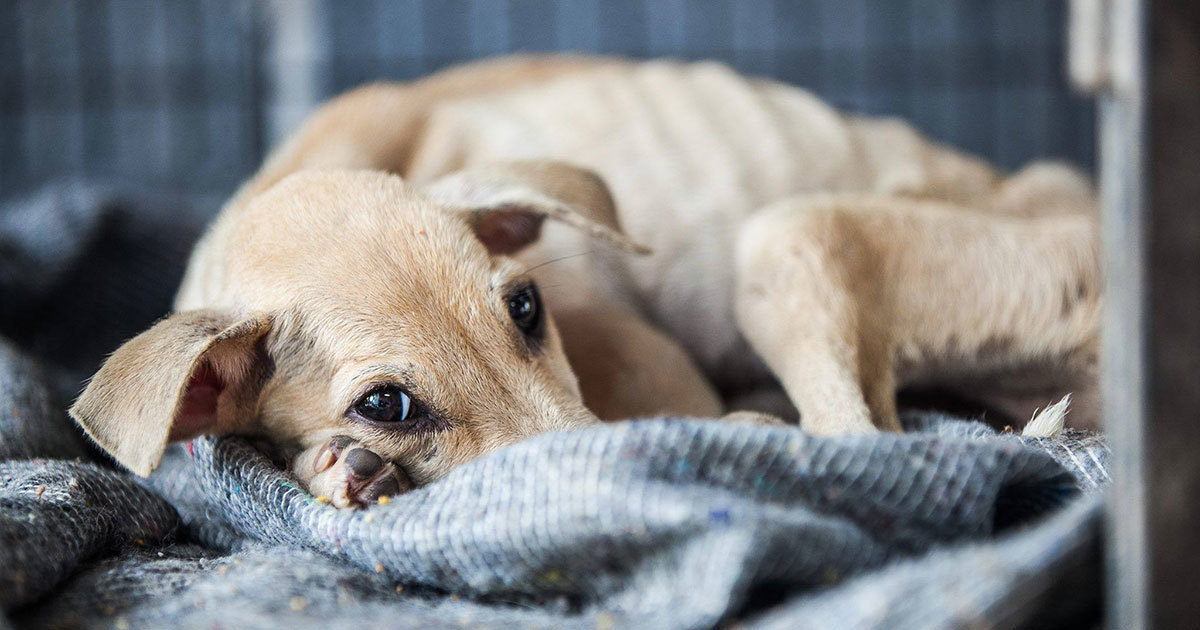 Theresa, Soila, and Jenny have devoted large parts of their lives to helping Thailand’s street dogs.

“There are around 8 million stray dogs in the country, and the situation for them is unsustainable,” Jenny said.

One of the dogs they rescued is Sheila, and this is her story.

Sheila was found in a temple along with 11 other dogs of various ages.

“Often, people leave the dogs that they no longer can or want to take care of in the temple and so the dogs grow up there. We have made several sterilization campaigns, but more and more dogs come in the temple. However, it is better that they are left there than on the street or beach,” Jenny said.

Sheila had no mother, and she and her friends were all infected with parvovirus. Jenny and her friends from Thailand Dog Rescue tried to save them all, but unfortunately it was too late for some of them.

Jenny said: “Five of them died.”

But the other puppies survived and grew stronger. Sheila was so weak that she could not walk, and had to move in to the Dog Rescue Thailand’s shelter.

“There she had daily rehab exercise, nutritious food and care. After a few weeks she became stronger and stronger and regained the ability to walk,” Jenny added.

But best of all? In the same period, it was a Swedish couple, Angelica and Carl Johan, volunteers in Thailand Dog Rescue shelter, fell in love with little Sheila. They decided to adopt her.

Jenny said: “Now she is a strong and determined girl who loves to run and play. And once she arrives at her new home in Stockholm, where Angelica and Carl Johan live, it will be even better”

It ended very well this time, but there are many more in the same situation she was in.

“In the shelter, we have another 100 dogs waiting to be as fortunate as Sheila and get their very own home,” Jenny said.

Sterilization is the most effective way to reduce the number of stray dogs. Dog Rescue Thailand make campaigns a few times a year where they offer free sterilization of family dogs and capture wild dogs for sterilization and vaccination.

But now they are out of money.

Jenny explained: “We are economically on our knees all the time and very few support us, but we get many God bless you’s. Unfortunately it does not help the dogs. We simply need more people who want to get involved financially.”

The organization is run entirely by contributions from animal lovers, but there are too few who support them in their current situation. They often use their own money to finance everything. All the money they receive goes directly to things such as dog food, veterinary care, rent and salaries to pay their two Thai staff who take care of the dogs when Jenny, Theresa and Soila are back home in Sweden.

We at Newsner now want to help Dog Rescue Thailand organize a wide sterilization campaign before the year is out. We are thus supporting a fundraiser through  A Great Day – and we need your help!

You can help Jenny and her colleagues by supporting our campaign. Together we can ensure that 30 dogs will be sterilized. Since a bitch can feed up to 20 puppies per year, it’s a big win in counteracting the increased population of street dogs.

Here’s how to help:

– Buy hearts or watching commercials to get the hearts free.

– Share this article with your friends so more people can participate and support!