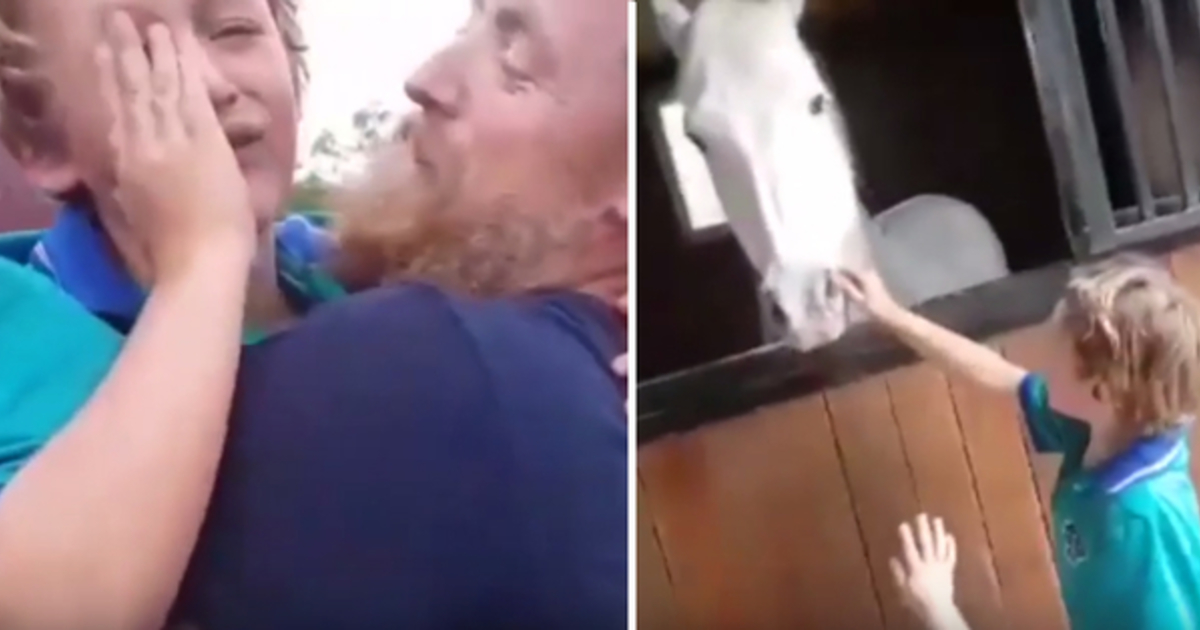 As children, we often want to have everything in the world: toys, sweets, pets and much more.

Of course, we don’t really have an accurate perception of what things actually cost or how much money our parents have. Being denied what we wanted therefore often led to us whining or crying.

At that point, a parent might respond by pointing out that you have to work for what you get, and things don’t always come easily…

Here’s a child that took that quite literally. 7-year-old Sabastian Lucas, from Queensland, Australia, has wanted his own pony for as long as he could remember.

The boy’s parents encouraged him to make his own money to buy his dream pony – so he began to sell homemade lemonade to family and friends- a very difficult task considering how expensive ponies are. Sabastian had a long way to go.

For two years, he sold lemonade and later added iced tea as well. He saved up as much as he could, including cash received for Christmas and his birthday.

He eventually managed to save close to US $3,000. And just as his parents had promised, they helped him buy a white Welsh Mountain pony, a native British breed of pony size.

And when he finally gets to see the pony which he fought so hard for? I joined him in his tears!

Please share this heartwarming story if you’re as confident as I am that Sabastian will provide “Tom Boy” all the love that a pony deserves.