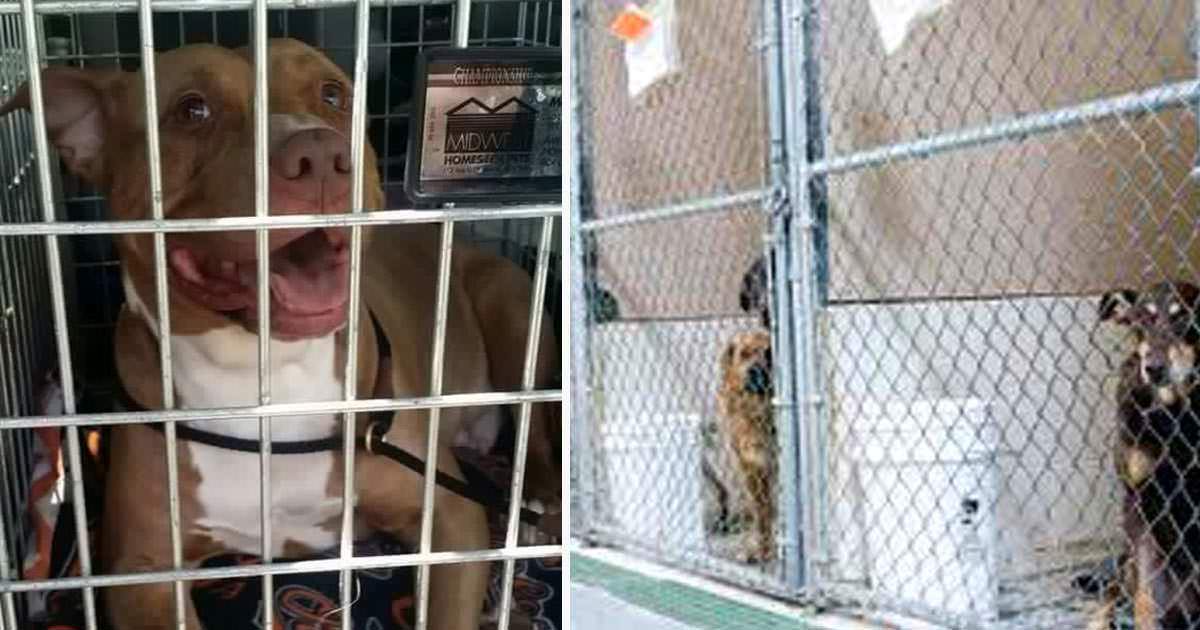 Dog Winter was abandoned and landed in a dog shelter. Then she suddenly received a new owner — in the form of a famous athlete.

And it was all thanks to Ronnie Stanley’s kind heart and animal-loving outlook. He’s a professional football player for the Baltimore Ravens. When he paid a visit to a dog shelter last year, it was to adopt a new dog – but he had a very special request that melted the hearts of the staff at BARCS Animal Shelter…

Winter had spent the first six years of his life trapped in a tragic and heartbreaking situation. The pitbull was found in an abandoned house one sweltering summer day. The house had no furniture and the windows were sealed shut. She was dehydrated and scared.

“She was there without food, water or fresh air for a whole week. Winter had been chewing the walls, and it’s unclear whether she did it because she was hungry or as an attempt to escape,” Bailet Deacon, spokesperson for BARCS Animal Shelter told The Dodo.

“Not suitable for adoption”

Winter had a sagging stomach, probably after a harsh pregnancy. As she was fully grown, it was unlikely that this would improve over the years. Because of this, the staff at the dog shelter knew it was going to be hard to find Winter an adoptive family. But that was before our fantastic athlete walked through the door.

Ronnie Stanley came to the dog shelter looking to bring home a new family member. He was with his girlfriend and one of his teammates. When they got to the reception, Ronnie said something that made the staff raise their eyebrows.

“We’re looking for a dog that’s been here a long time and isn’t suitable for adoption.”

Staff at dog shelters generally determine that older pets, dogs with physical handicaps and who need ongoing medication are “not suitable for adoption” and showed Ronnie around the shelter. After a while he caught sight of Winter.

Ronnie had nothing against her saggy stomach — in fact, quite the opposite. He saw her as the mom she was.

“These things happen when you have kids,” said Ronnie according to the shelter’s Facebook page.

He was more interested in getting kisses from Winter and giving his new dog lots of love. What a great guy!

Ronnie and his girlfriend signed the adoption papers that same afternoon and took Winters to her new home.

“We are so proud to have fantastic guys like Ronnie as role models for the kids in our town,” the shelter wrote on their Facebook page.

Thank you Ronnie, for seeing Winter for who she is! Now I hope the family has a very happy life together!

Isn’t this a sweet story? Please share this with all your animal loving friends!