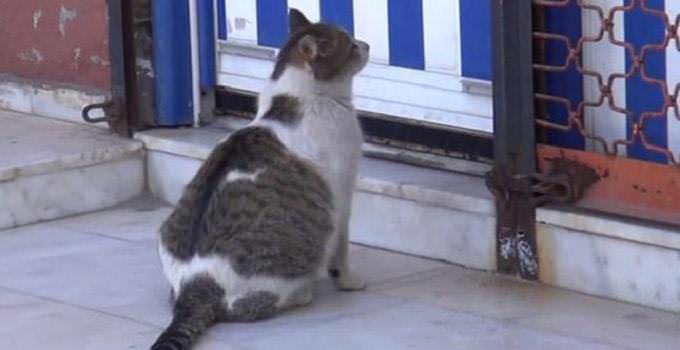 A pregnant cat in Turkey showed up to a health center to give birth earlier this year.

The cat, who was apparently experiencing labor pains, was let in by the staff after she was heard crying outside the door.

At first, nobody knew what was wrong, but when they looked closer at the cat’s stomach, they realized she was pregnant.

So they immediately took her to a local veterinarian, who saw that the cat was experiencing a lot of difficulty trying to give birth. According to Turkish news site Bitlis 13 Haber, the event occurred in April 2017. The cat was found sitting outside a health clinic in the town of Tatvan, where she obviously went because she needed some help giving birth. The nurses didn’t understand what was wrong with the cat at first, but they soon realized that she was in labor and was close to giving birth.

The right place at the right time

They took the cat to a local veterinarian, who was able to make a more qualified assessment.

“When we received the cat, she was in a poor condition and in pain. Because the time for her to give birth had passed, we had to urgently give her an operation,” says veterinarian Sefer Durmuş, who performed a Caesarean section on the mama cat. The cat gave birth to four healthy kittens and veterinarian Sefer Durmus says that the mother was in good condition after surgery.

How smart is this mama cat to go to a health clinic when she realized she couldn’t give birth on her own?

We hope that she and her babies were all adopted as soon as they were ready. Share if you also think animals are amazing!