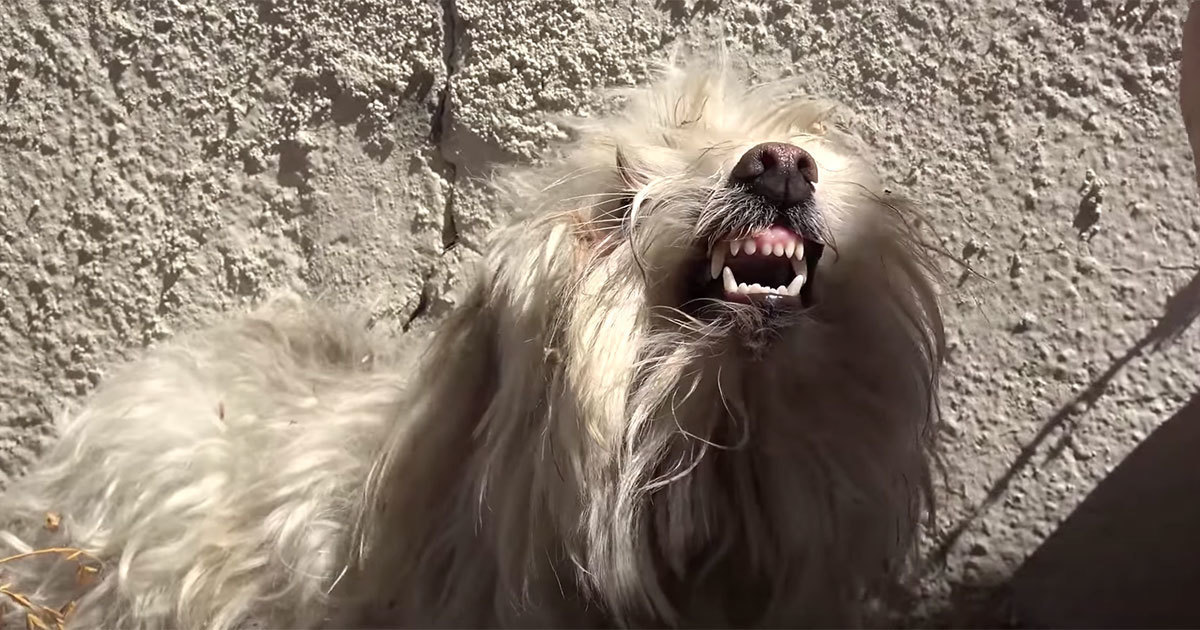 It’s heartbreaking meeting a dog who’s lost trust in humans. Dogs are so faithful and would do anything for us.

So I can’t imagine what would make a dog turn its back on humans.

But that’s exactly what happened to this little dog. After being abandoned on the street, he didn’t know who he could trust anymore.

Luckily, some animal lovers came to his aid. They showed him that not all humans are disgraceful and that some of us actually want the best for our dogs.

This video really made me tear up. It’s so heartbreaking to realize that frightened dog just wanted some love.

When you watch it, you’ll see what I mean.

The animal rescue organization Hope for Paws got a call about a little white dog living in a parking lot. He was abandoned there and had been living there for some time.

The Hope for Paws wasted no time and immediately drove to the scene. And when they arrived, they saw something move. But as soon as the animal rescuers approached, the dog got scared and ran away.

After a while, the Hope for Paws team managed to back the dog into a corner. They just wanted to help him, but the dog, who was later named Scooby, didn’t understand and bared his teeth.

After 30 minutes, the team’s patience started to have an effect. They were finally able to calm Scooby down.

After Scooby regained some confidence in humans, the rescuers took him to a veterinarian for an examination and a haircut.

Now, Scooby is feeling good again—all thanks to the fine folks at Hope for Paws.

Please share and help give Hope For Paws all of the love they deserve!