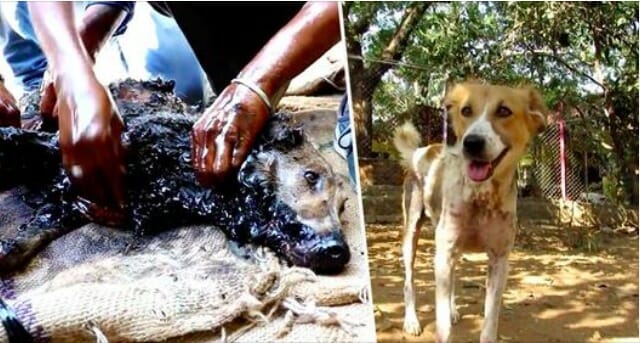 Street dogs around the world are an unfortunate part of our reality. They certainly and sadly have it rough out there, there’s no denying that. Scouring for food day in and day out, and lacking love and affection is no easy fate.

So just imagine being in that situation and then finding yourself stuck in a barrel of burning hot tar. That’s what one street dog in India experienced.

But her resilience blew me away.

It all began when animal welfare organization Animal Aid Unlimited were called in to inspect a rather unusual situation.

Apparently a dog had somehow ended up in a scorching hot barrel of tar.

“A street dog in Udaipur, India, was found trapped in a drum of tar where we believe she had stuck and completely unable to move for several days,” the organization wrote.

When they arrived on scene, they discovered the poor creature terrified and hyperventilating, completely trapped in tar inside the drum.

“We think she may have gone inside the drum to get warm during the night, and that her own body heat started to melt the tar which she then sank into and was unable to free herself from,” the organization explained.

“When we found her she was no longer struggling and seemed to have completely given up all hope.”

But no one was about to give up hope on the dog, who they decided to name Asha, which means just that in Hindi — Hope.

They carried the barrel with the dog inside to a safer location. 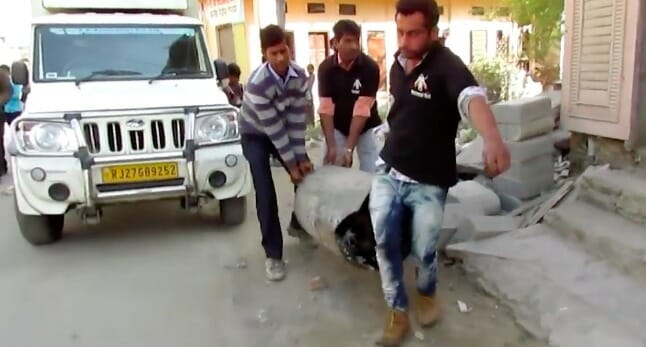 Once there, the animal heroes began cutting the barrel open with an electric metal cutter. They managed to open the barrel but Asha was completely stuck in the hot tar. 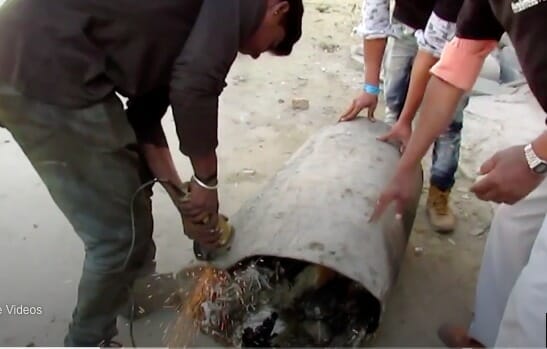 They decided they would have to carry her as is, in the barrel, to their premises and continue to work on her from there.

Once there, they began to patiently loosen the hot tar from the dog’s fur using vegetable oil. After relentless efforts by a huge number of kind humans, it was finally possible to remove Asha from the barrel!

It then took over three hours to remove enough tar from her body before she could even get back on her legs again. 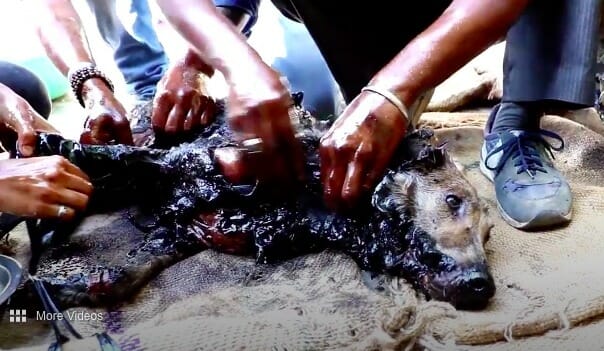 The tar had of course burned her skin and it took time before Asha could be herself again… But just look at her miraculous recovery! 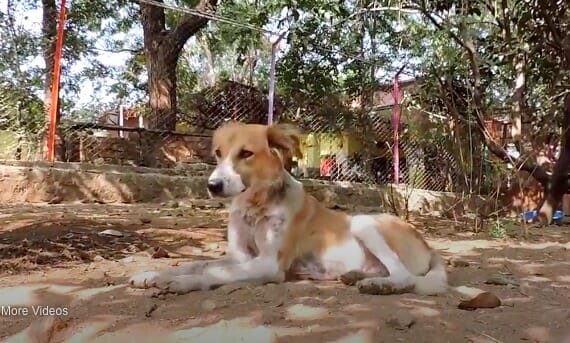 Watch the events unfold and the incredible rescue in the video below.

I can’t believe the patience these animal heroes had and determination to help poor Asha. Please share to honor their work and the work of all the other animal heroes out there.