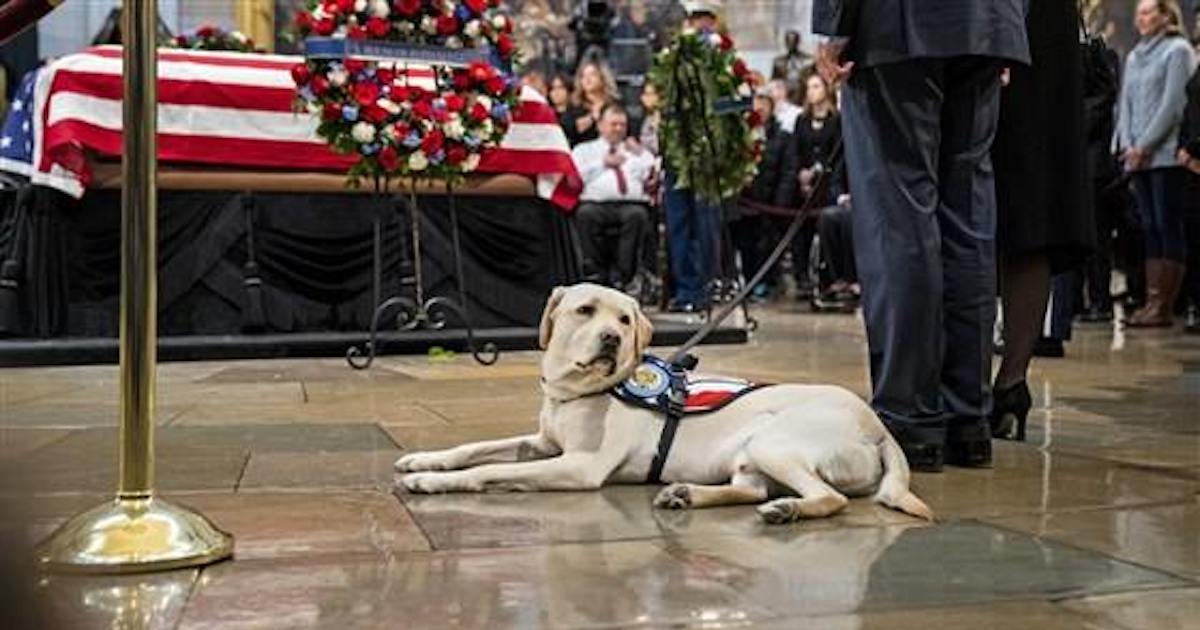 Sully the service dog is perhaps best known for being President George H.W. Bush’s service dog until his passing in December of last year. The loyal pup was seen by his master’s side on many occasions, and even made headlines when he honored the late president at his funeral services and lying beside Bush’s casket in a photo. Over Memorial Day weekend, the service dog visited the National World War II Memorial in Washington to pay tribute to the armed forces of the United States.

Though his owner may be deceased (RIP), Sully’s mission isn’t over. He is honoring Bush’s legacy by befriending vets all over the country through the Walter Reed Bethesda Facility Dog Program, where he is helping to rehabilitate vets like Rob Hunter, who served in the Navy for 25 years and had his leg amputated 6 months ago.

Sully is just one of many dogs who help vets like him.

“Just walking down the hall we get stopped regularly to want to pet Sully, to have a picture with Sully, to meet Sully,” Samantha Murdock, Sully’s handler, said.

This dog has likely saved dozens of lives in ways we can’t even fathom. He’s an important part of an important program: our vets need friends like him! Please share if you agree!