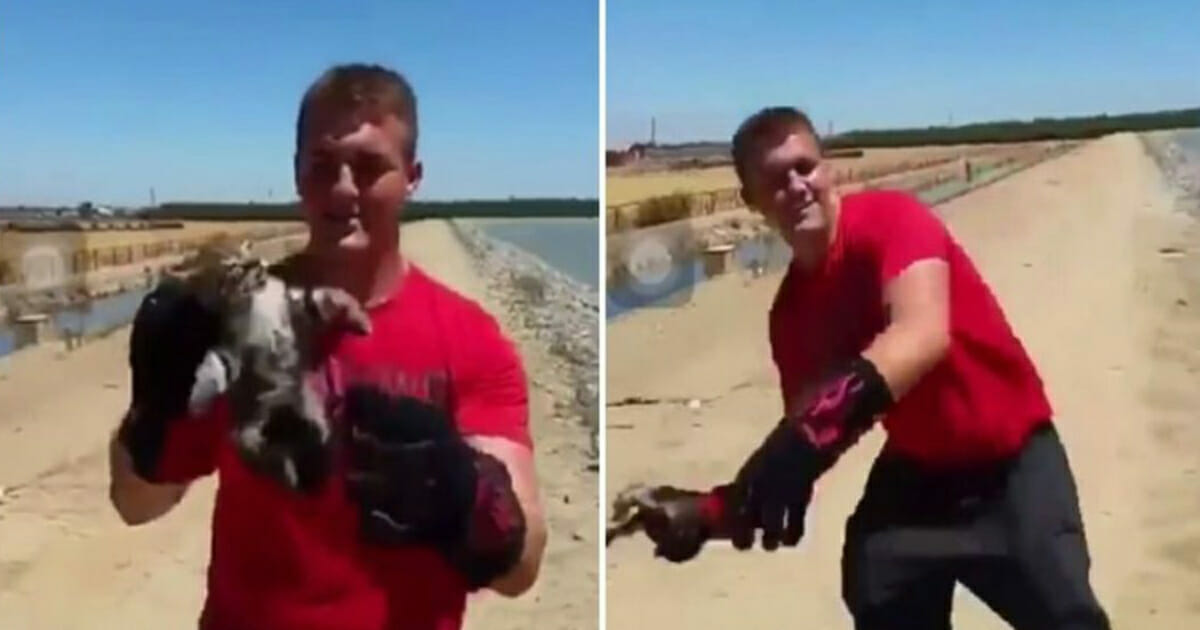 Try as I might, I will never be able to understand what goes through the minds of people who hurt helpless animals.

If your life is on the line then I can appreciate you might have to do things you wouldn’t normally do, but the idea of hurting an animal just because you can? That shouldn’t sit right with anyone in their right mind.

Which is why it’s important that we raise awareness of animal cruelty wherever it’s found, and aim to bring to justice those who harm innocent creatures for their own entertainment. 19-year-old Garrett Haile went viral the year before last, having featured in a video wherein he was seen throwing a kitten into a lake.

Haile, who was a minor at the time when the video was shot, used Snapchat to record and post the video. It’s unknown whether or not the kitten survived, but the teen certainly landed himself in hot water.

Nicole Pinheiro shared the video, and played a role in bringing Haile to justice.

“My heart, it just left my body,” she said. “And I showed my mom, and she burst into tears. She was like, ‘I can’t believe that this is the world right now.’” 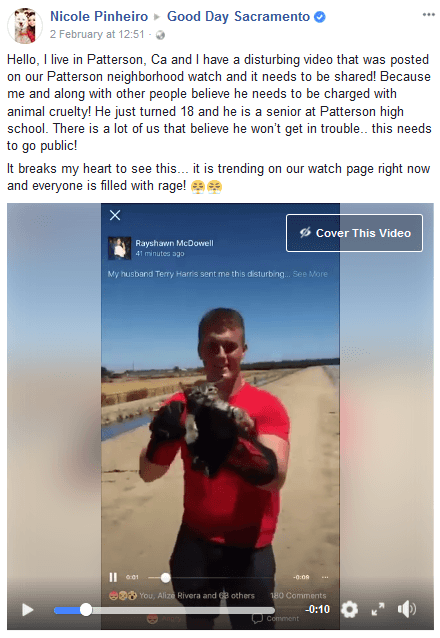 With Nicole having posted it on social media, a fire quickly spread around the internet. Thousands of furious people then shared the clip, helping to make Haile infamous.

“The video I posted I screen recorded (it’s a feature that the iPhone has) because people were wondering how to share it,” Nicole continued. “So I recorded and shared it with the news stations because I felt it something that needed to be seen, so he can pay for actions. Which that is exactly what happened. He got caught.

“Everyone on the watch page was tagging the local police department and even calling them. So he would have been caught regardless. But sometimes things like this get looked over (not by purpose)  but they do. So I shared it with the local news stations and they all wrote me back. Saying ‘thanks for the tip, we are looking into this.’”

It’s said the Patterson PD are now searching for the person behind the camera, too, with the aim of bringing him/her to justice.

Patterson Police Services Chief Jeff Dirkse said of Haile’s arrest: “This is an excellent example of the public’s cooperation and we certainly appreciate it. With calls we  received and the information shared with us via social media, we were able to quickly investigate, identify, and make an arrest in this case.”

In the clip, Haile can be seen holding the kitten by the neck, with the person filming saying, “Welcome to badass, and this is Felipe, the flying cat.” Haile then hurls the cat into the lake.

We’re so thankful justice has been served on this occasion. It’s more important than ever that we stand up to animal cruelty!

Share this article if you support the harshest penalties for those found guilty of hurting innocent animals.