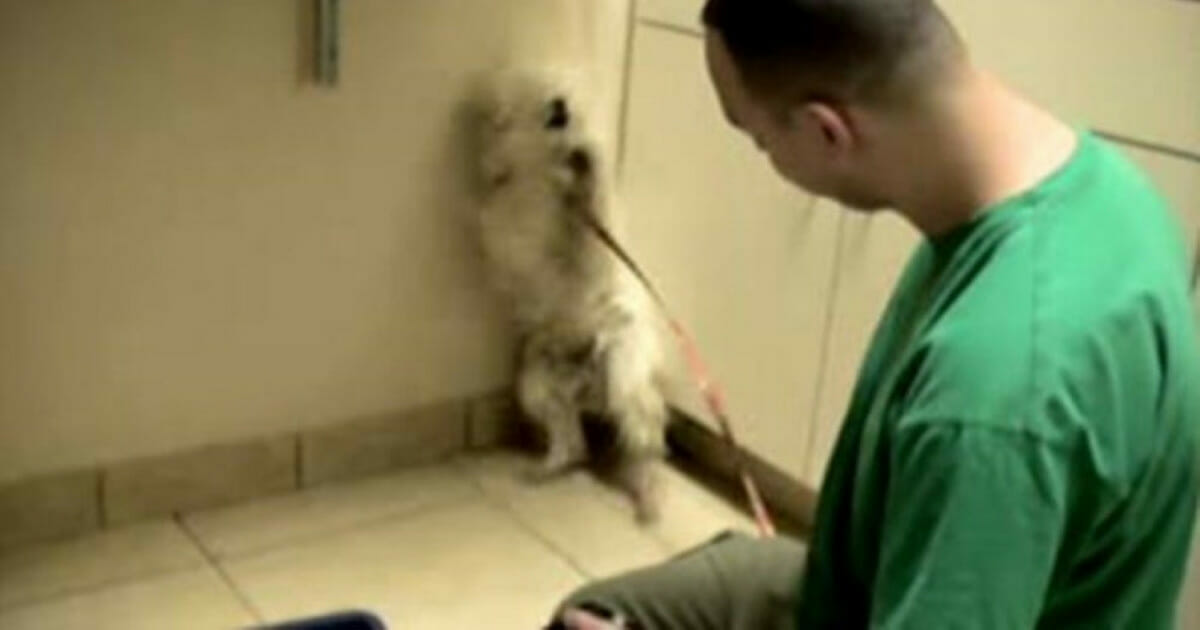 It’s a sad fact that many dogs entering animal shelters are malnourished and underweight. It pains me to see animals struggling to the point where they’re almost too weak to stand.

Some, in spite of their neglect, remain affectionate and trusting towards humans, though others shrink in fear when a rescuer approaches. What the latter have been subjected to sometimes doesn’t bear thinking about.

Personally, I can’t imagine ever wanting to hurt an animal. Furthermore, I simply can’t understand why anyone would take any sort of pleasure in doing so …

That said, I think dogs have a sixth sense when it comes to knowing which people are good and which are not.

Those who work with animals will understand the importance of letting a creature that has been subjected to neglect make the first move. Of course, it’s common to want to pat and play with a dog to show it you mean no harm, but this isn’t always the best way.

Some people just don’t fathom that a dog that has experience of being mistreated might be caught off guard by a complete stranger.

Edie, an abandoned dog of mixed breed, was hours away from being put down. She was terrified of humans and it had been a long, long time since anyone cared for her. Her fur was a mess and she was dangerously malnourished.

It took a true animal lover to give Edie a second chance.

The first part of the video is difficult to watch. Edie is so afraid that she hardly knows what to do with herself. Her whole body shakes as she barks to ward off the man she perceives to be a threat.

Finally, however, the man in the video is able to snare Edie and thus stop her from running away. He can now approach her.

It doesn’t take long after that for a pact of trust to be built. Edie begins to understand that he isn’t there to hurt her, but to help her. You can almost see the moment she realizes that she isn’t going to be put down anymore.

Watch the video below to see Edie’s reaction when she understands that she’s saved:

Let’s take the time to express our gratitude for those who dedicate their lives to helping animals in need.

Without you guys, the world would be a far worse place for our innocent four-legged friends.

Share this video so that more people can see Edie’s incredible transformation.