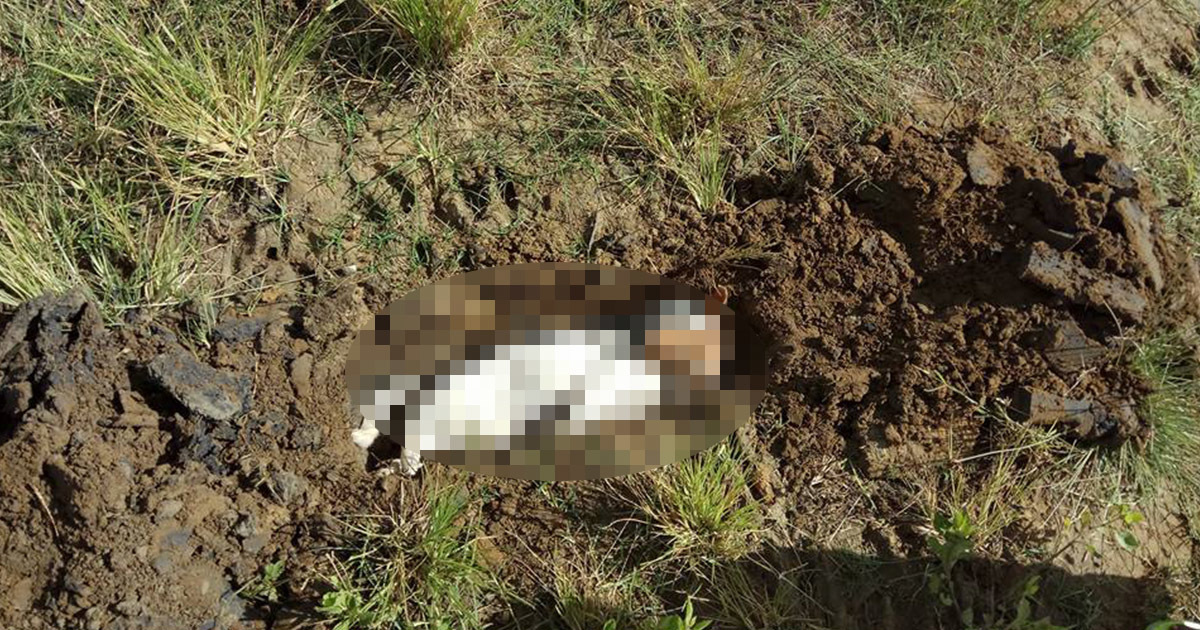 That dog is man’s best friend is no secret, and we regularly report on stories of our four-legged friends executing amazing feats, such as saving children or adults from accidents and dangerous situations.

This is such a story, but unfortunately, without a happy ending. Achy Wijaya from Indonesia had a four-legged friend who followed him everywhere, and he had repeatedly scared away thieves trying to rob the family at night. Achy was very grateful for that.

Please note that we have blurred some of the images below as they may be distressing to some readers. You may “click to reveal” if you wish to see the images.

One night Achy’s dog barked a lot, but the owner assumed another animal was making the dog bark and didn’t think much more about about it.

The next morning, things were rather quiet. When Achy opened his door, he saw a horrible sight.

His beloved dog lay on the ground, fighting for his life. He was barely breathing and was foaming at the mouth.

Achy did everything he could to save his dog but nothing helped.

As the dog was on the edge of life, he shed a tear.

There were no vet hospitals nearby and considering it was a Sunday they would have been closed anyways.

Unfortunately, his poor friend was doomed to a terrible fate.

It turned out that thieves who’d previously tried to rob Achy and been stopped by his hero had returned to seek revenge. They poisoned the dog, reports Elite Readers.

Achy and his family gathered at their beloved dog’s side as he took his last breath. The dog was buried in the family garden and is now, very certainly, in dog heaven.

These pictures really are a reminder for everyone to pay attention when their dog barks, it can save their life.

Please consider share Achy’s story with your friends on Facebook to honor the brave dog who sacrificed his life for his family!