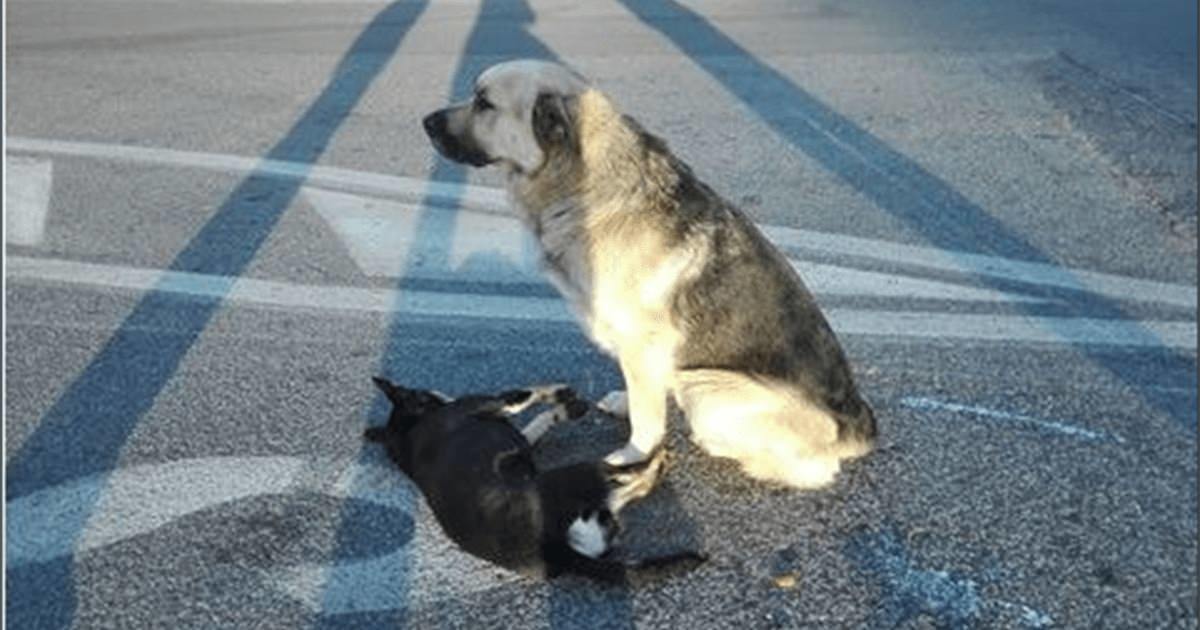 Everybody knows that dogs are a man’s best friend. But the bond between our four-legged friends is even stronger, as the heartbreaking photos below show.

The two dogs lived on the streets of Rome, Italy, where they were inseparable until the end.

On September 20, the black dog was struck and killed by a car. But his sandy-colored friend refused to leave his side.

Drivers testified that the sandy-colored dog stayed by his friend’s side for several hours, causing a traffic jam in the middle of central Rome as drivers slowed down to drive around the dogs.

“I was taking my daughter to school and got trapped in a jam. At first I thought there was an accident but then I noticed the dog,” Marco said. “He was there in the middle of the road, still and looking after his friend, who had probably been killed in a hit-and-run.”

Locals recognized the two dogs and described them as inseparable. Many people took pictures of the two friends, images that are now making pet lovers all over the world grab for tissues to wipe away the tears.

Marco says he posted pictures online because he didn’t want the sandy-colored dog to go to a kennel — and apparently, his strategy worked.

“Dozens have offered to adopt him,” Marco says.

To me, the pictures show that in many ways, we humans have a lot to learn from our four-legged friends. Dogs really understand the meaning of true friendship and what it means to be faithful.

Please share these heartbreaking pictures if you also think we have a lot to learn from our amazing friends in the animal kingdom.