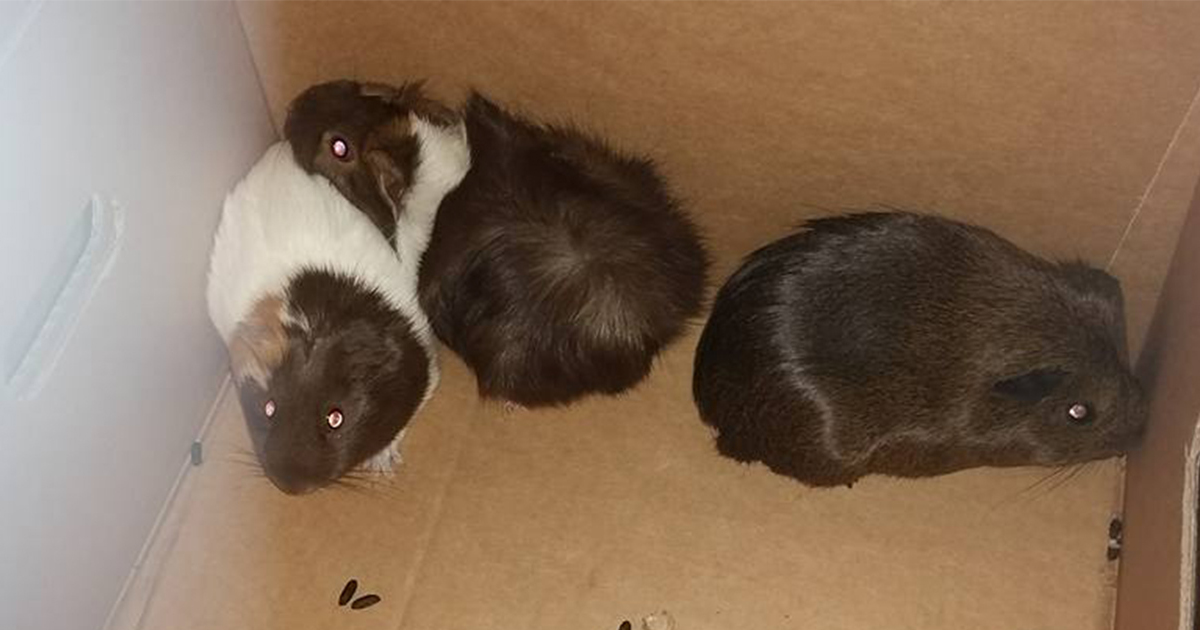 Barbro Andersson was out in the woods and picking mushrooms on the way home from work.

But instead, she found something else.

She came across a trash bag dumped in the woods. Inside it? Four abandoned guinea pigs, she explained in a community Facebook group.

It was on Friday that Barbro Andersson, from Sweden, made the discovery.

Someone had dumped four guinea pigs in a garbage bag in the woods.

In the garbage bag was garden waste along with the guinea pigs. Unfortunately, one was already dead. Barbo immediately called for help, and meanwhile chased the guinea pigs around as they attempted to run off.

“They are surprisingly fast those buggers, it took us several hours before we were able to catch them,” she told local Swedish newspaper Södermanlands Nyheter.

Shortly thereafter, she described the story in a community Facebook Group from her town.

Barbro also filed a police report on the cruelty she discovered, hoping that they will catch the culprit of the crime against animals. The small animals are now being cared for by a non-governmental organization.

How many of us would have gone this length for 4 guinea pigs? I was so impressed by Barbros’ humanity and compassion for the little creatures. Share her story to inspire others!