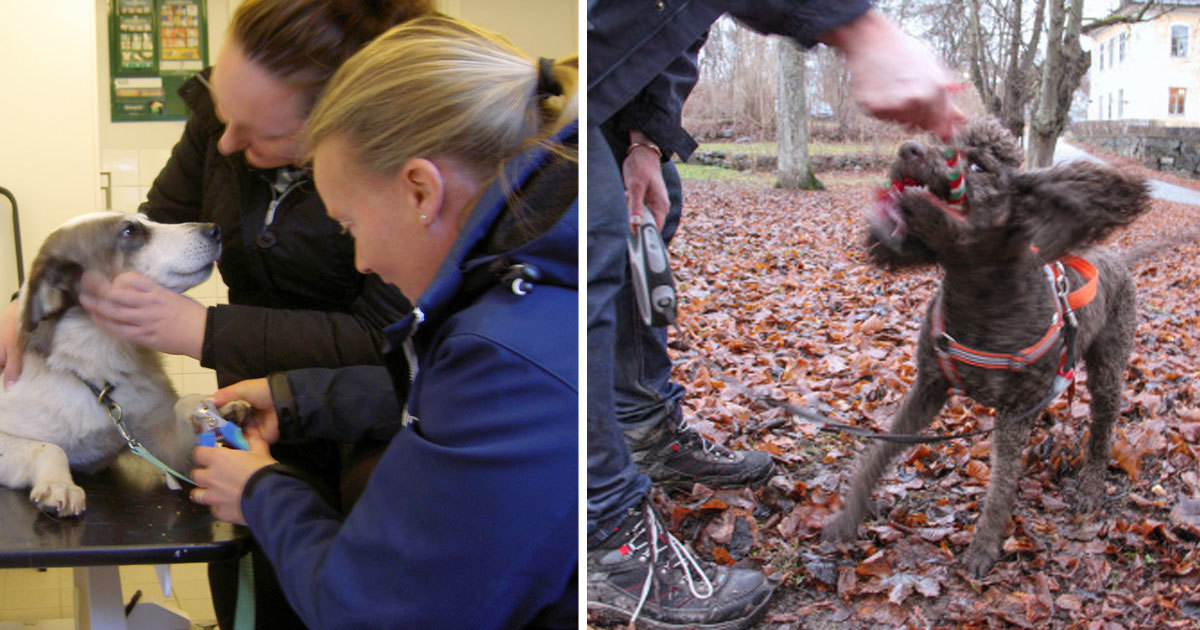 Around the world, countless dogs roam the streets or have homes but are neglected or abused by their owners. But just because you don’t see homeless dogs where you live doesn’t mean that there aren’t dogs in need in your area.

Take Stockholm, Sweden, for example. It’s not the first place you’d expect to find street dogs. But there are some. And luckily, the heroes at a dog rescue organization called Hundstallet are taking care of the city’s disadvantaged dogs—and placing them in loving homes, too.

“I want to help as many dogs as possible,” says Ellinor Krogh, a volunteer and foster home manager at Hundstallet.

At seven o’clock every morning, the day starts at Hundstallet, a non-profit dog rescue organization in a suburb of Stockholm, Sweden called Bromma. Inside, the dogs are fed, and those that need it are given their medications.

Hundstallet is staffed 24 hours a day in order to take in new arrivals. Homeless dogs arrive all of the time, with police even dropping dogs off during the night.

“Though, we usually pick them up at the police station,” says Ellinor Krogh, who has worked at Hundstallet for three years.

Many dogs who are brought to Hundstallet are homeless and stay until they find a new owner. But the majority are dogs that have become lost. And those dogs only stay at Hundstallet until their owner is found.

Hundstallet also cares for dogs whose owners have become ill or died, dogs who were abused by their previous owners, and dogs whom have been seized by police for being aggressive toward humans.

Hundstallet employs 16 people, but they couldn’t do the good work they do without a team of 50 volunteers. They help walk the dogs three times a day. Some have done this for several years.

Ellinor volunteered at Hundstallet for three years before working there.

“I wanted to do good, and I was here every day, so in the end, they asked if I wanted to start working here instead. I just love this place,” she says.

Hundstallet has been around for more than 100 years and is expanding.

Want to help Hundstallet and its activities? The organization is always looking for permanent and foster homes for its dogs. And if you or anyone you know is looking to get a dog, please contact Hundstallet directly.

Even if you’re unable to adopt a dog, there are other ways to help. Hundstallet is completely dependent on donations and memberships to fund its operations. Click here to see how you can contribute financially to the operation.

Thank you for helping these vulnerable dogs!