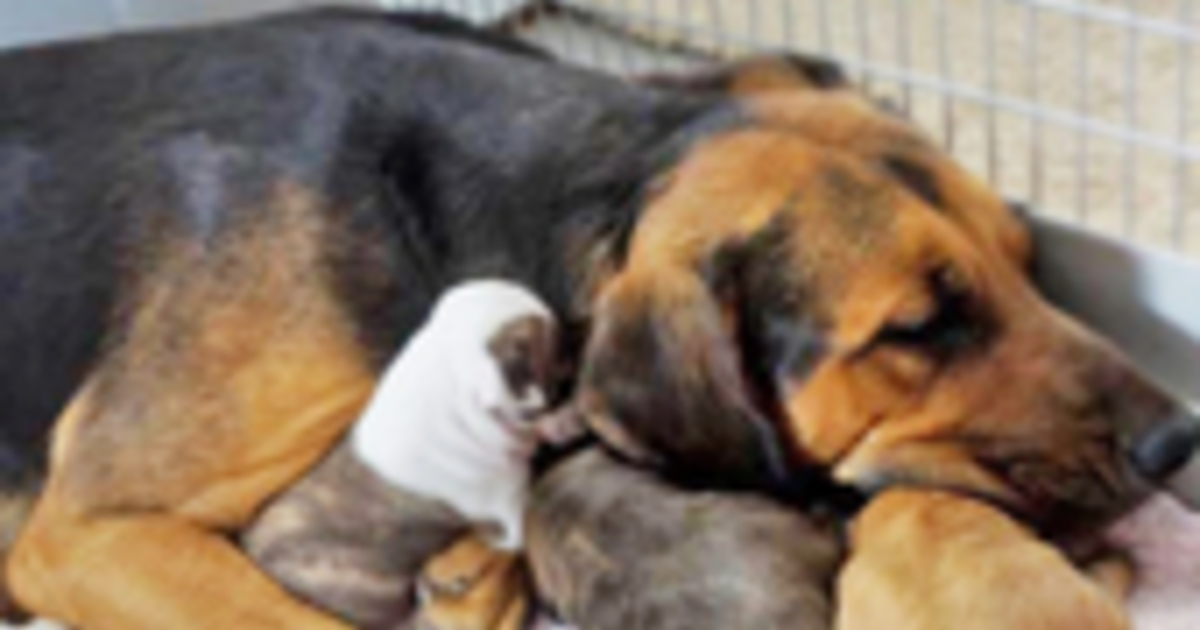 When veterinarian Deborah Wilson from Circle L. Ranch Animal Rescue & Sanctuary got wind of an abandoned momma dog that was to be put down in a shelter nearby, she decided to take action.

Together with the team at Circle L. Ranch, they ultimately managed to rescue the momma dog and her puppies, who were then only six-days-old.

The family was given a safe place to live on the ranch. But when Deborah saw just how loving the momma dog was toward her puppies, she had another idea…

Deborah Wilson heard about an abandoned momma dog that was scheduled to be put down. She’d just given birth to two puppies, just six-days-old.

Deborah decided to adopt the whole family and bring the dogs to her ranch.

A few days later, Deborah got another phone call.

She was told about nine small pitbull puppies that their owner threatened to drown if no one adopted them.

Deborah managed to mobilize a small group of animal friends to save the little pups. She took in five of the puppies, while the other four were adopted by other dog friends.

But it was not just people who lined up in this moment of need.

Momma dog partook in the efforts, too… and ultimately took in five new small pups.

“We introduced the [first] runt to her, she sniffed him and licked him, we placed him down on her nipples and he started eating right away. She was ok with it and seemed pleased. So one by one we brought in the others, she accepted all of them,” Deborah writes on Facebook.

“She is the best mom. Even though the new five are older, they are smaller than her two,” she adds.

Deborah and the rescue team are grateful to the local community sounded the alarm about the previous owners’ neglect and threats. Thanks to all these animal friends, this story ended well!

“Thanks to the kindness of rescue folks and social media, these innocent puppies were not drowned,” Deborah writes. “They will be fed, cared for, spayed and neutered and eventually adopted out at the ranch.”

Feel free to share this story to brighten up someone’s day!