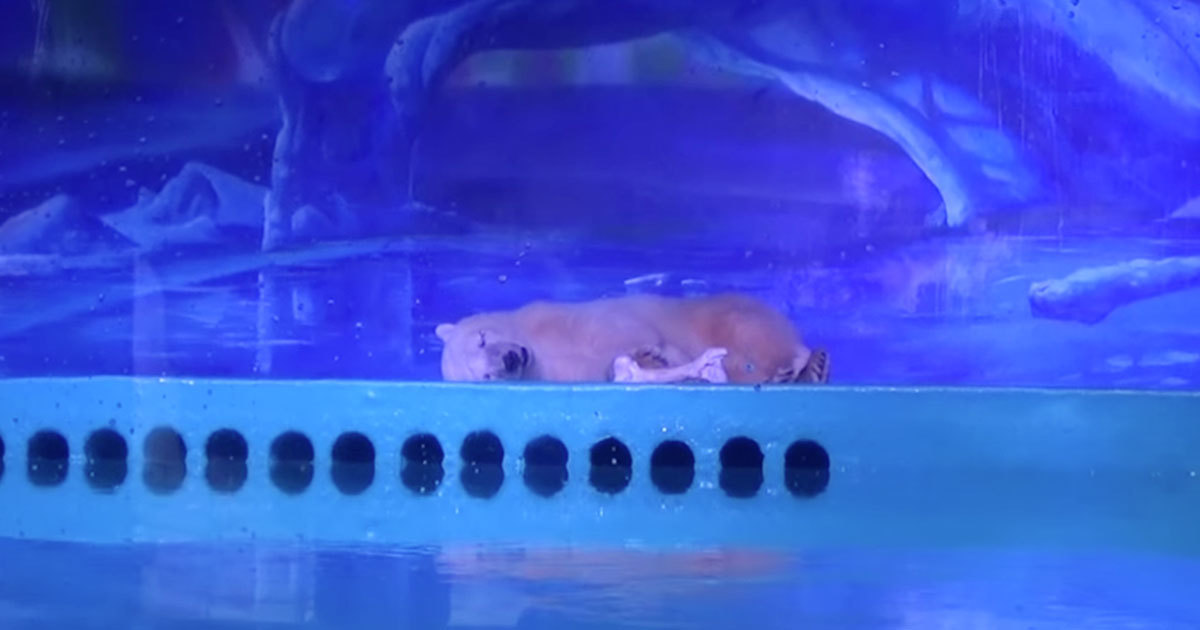 The words “World’s saddest polar bear lives in a mall,” has recently been making headlines all over the world, with photos and videos of a clearly distraught polar bear grabbing at people’s hearts.

Now, thousands are signing a petition launched by an animal rights organization working towards trying to give the bear, named Pizza, a better life. One that he deserves.

Three-year-old Pizza is trapped in a shopping mall in China – simply to entertain visitors who typically pose for a “cool” selfie with him in the background. It’s after Hong Kong-based Animals Asia posted a video revealing him clearly depressed and exhibiting signs of trauma.

Pizza’s living conditions are unacceptable and must come to an end!

Images show that Pizza is clearly not well. The polar bear is confined to living within glass walls inside the Grandview Aquarium in Guangzhou, China, a mall which doubles as a zoo, reports the Indiatimes. Visitors can combine shopping and looking at exotic animals.

But the mall, which opened in January this year, has been the subject of harsh criticism for not taking proper care of the animals it houses. Pizza is one of several other clear examples of this.

His small glass cage is far from large enough for a polar bear, who are accustomed to moving around in very large areas. In addition, Pizza is extremely stressed by all the people who film and photograph him from the other side of the glass. His living conditions are leading him to mental decline, according to animal experts.

Want to help Pizza and the other animals in the mall? Click here to sign the petition.

No animal should ever have to live like this!