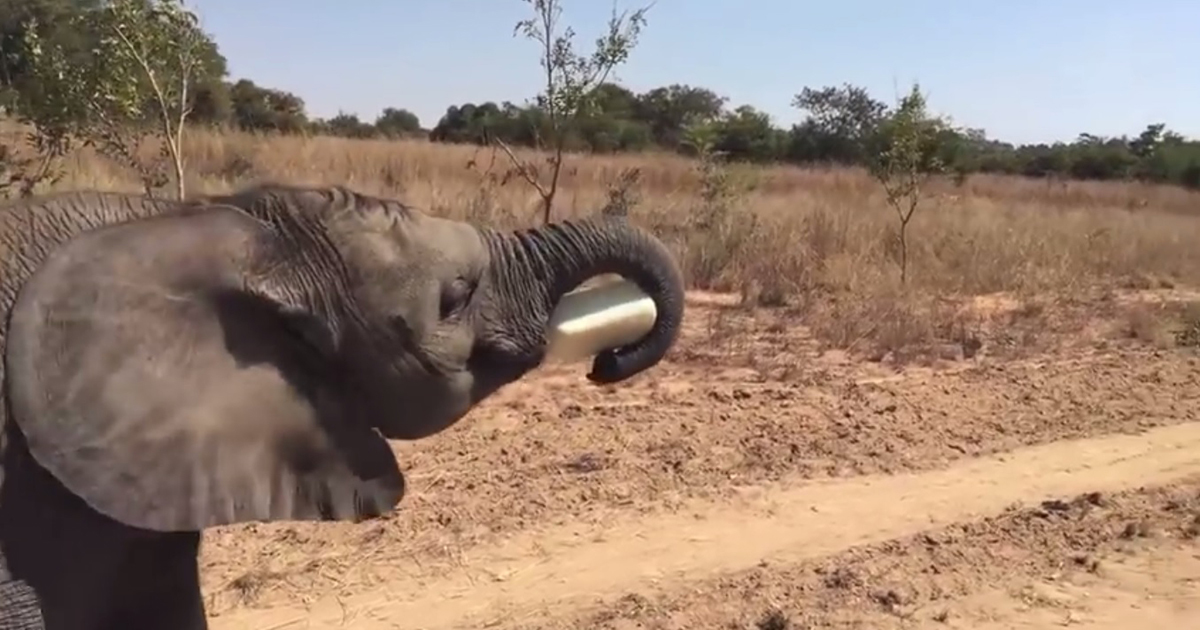 Just when you thought baby elephants couldn’t get any cuter, they have.

Two-year-old females Sizi and Moyo both had difficult starts in life. Moyo was found alone as a tiny baby on the shores of Lake Kariba in Zimbabwe, and after four days alone, she was followed by a pack of hyenas. She weighed just 54kg – whereas a healthy newborn elephant should weigh around 90kg.

Sizi was discovered wandering alone while severely hydrated and it is thought that she became orphaned because of poaching.

Both babies were rescued by the Zimbabwe Elephant Nursery (ZEN) – which is well-known for the work it does rescuing elephants who are in danger and then nursing them back to health through a rehabilitation process.

Moyo now weighs 300kg and is growing up very well, while Sizi recovered from her heart-breaking state – thanks to Zen’s efforts.

And part of their work involves feeding the younger calves with specially-formulated milk. It seems the Moyo and Sizi have no complaints about this at all – judging by their reactions to being given milk in a recently-posted video.