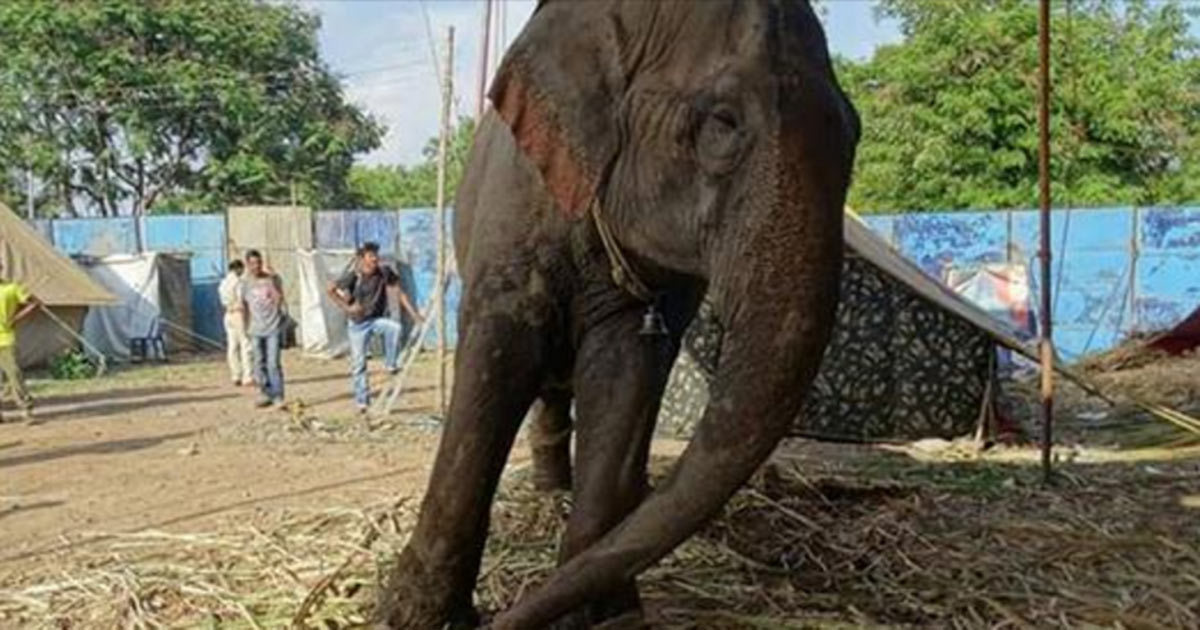 In late May, Wildlife SOS announced that it had managed to rescue four elephants from India’s Rambo Circus, where they spent years living in torment. The elephants were moved to the city of Pune and were finally able to rest and receive the veterinary care that they needed. But their recuperation didn’t last long. The circus demanded the return of its elephants—and unfortunately, it succeeded. A court made a shocking ruling in favor of the circus and authorized the return of the elephants.

Wildlife SOS worked for a long time to free the elephants, now called “Precious Four.” The circus has owned these elephants, including one that is 52 years and blind, for the animals’ entire lives.

Then a few weeks ago, Wildlife SOS managed to carry out what it later called “one of our most dangerous, exhausting, and complicated rescues to date.”

Goldie, Sylvie, Pearl, and Ruby were moved from the circus to an elephant sanctuary in Pune, India, where they finally received the care they needed.

And Wildlife SOS breathed easier knowing that it changed the lives of the vulnerable animals.

When Wildlife SOS rescued them, the elephants were in dismal condition. For example, they all had serious leg injuries from being chained up for months. Still, they soon began to show improvement as the rest and veterinary care started to take effect.

But then something truly painful happened…

The circus filed a lawsuit to get the elephants back, and it actually prevailed in court by exploiting a legal loophole. So on June 22, circus staff arrived in Pune to retrieve their elephants.

Nikki Sharp from Wildlife SOS described it as the darkest day she’d seen in a long time.

“We were making such progress treating them. And the law was on our side. But today justice failed to protect these vulnerable creatures.”

Although the court saw clear evidence that the elephants had been mismanaged and abused, it ruled to give the animals back to the circus.

Rambo Circus says that it never hurt the elephants. “We never mistreated any animals,” the circus told The Dodo in early June.

Both the Central Zoo Authority and the Animal Welfare Board of India have distanced themselves from the circus, and Wildlife SOS will continue to fight for “Precious Four.”

I was so sad to read about this development. I really hope Wildlife SOS manages to save those elephants! No wild animals should be forced to perform at the circus. Share if you agree!