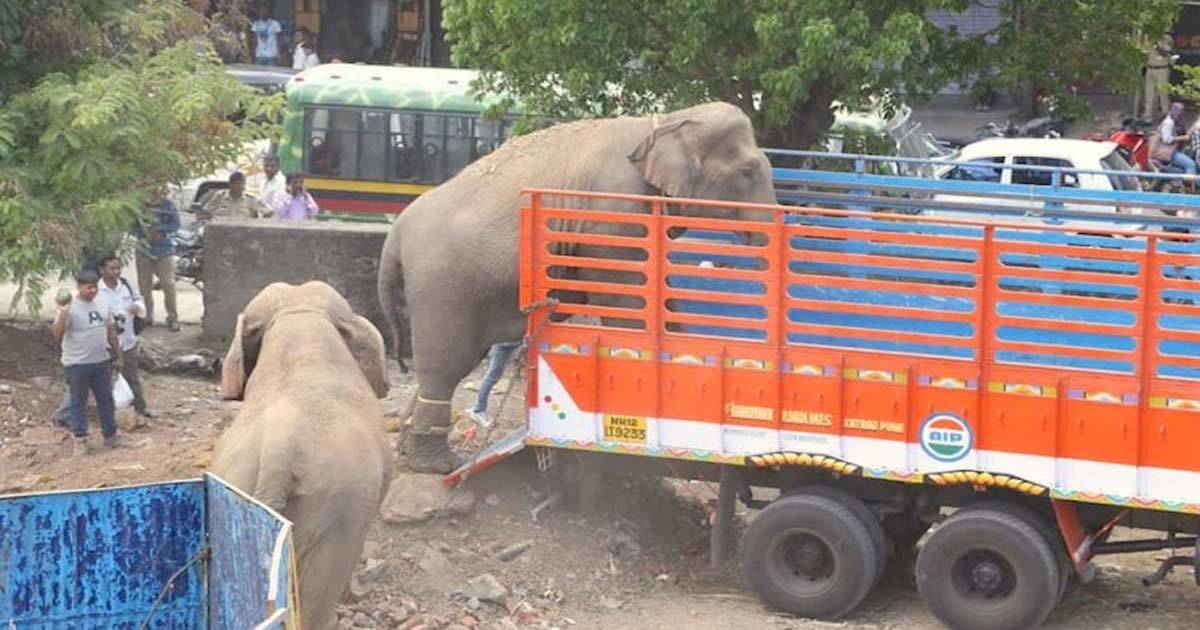 At Newsner, we have repeatedly drawn attention to the harsh reality of elephants that are forced to live their lives to entertain humans. Earlier this year we wrote about the loneliest elephant in the world and how heartless people can be with animals. Another serious issue that must be resolved is the use of elephants in circuses. For many, a visit to the circus a fun and sometimes magical experience. And of course, clowns and acrobats offer great entertainment. But unfortunately, while humans voluntarily entertain us at the circus, the same cannot be said of animals – especially animals that belong in the wild.  Wild animals are captured and forced into the entertainment business for our sheer pleasure. Meanwhile, the life of such captured animals is horrifying, and we’ve had many documented examples of famous circus animals that lived sad and painful lives. This is certainly the case for four elephants today: Goldie, Sylvie, Pearl and Ruby, from the Circus Rambo Circus of India. The majestic creatures were forced to travel with the circus as they sat like prisoners in tight spaces and were escorted from location to location. But one day everything changed, thanks to a group of courageous people.

Elephants, tigers, lions and bears are closely associated with circuses. These animals are forced to perform tricks to please entertainment-thirsty crowds under large circus tents, only to be herded into cramped cages when their performance is over.

This was the reality for several years for elephants Goldie, Sylvie, Pearl and Ruby, also known as “The precious four”. They had to obey their owners and were trained in terrible conditions to learn new tricks that they could perform.

But one day, an organization decided to act. They could no longer watch as this cruelty was happening and they wished to put an end to the elephants’ misery. The Wildlife SOS organization is completely devoted to trying to help and save the animals in India. But rescuing the precious four would not be an easy task.

“Our latest rescue of ‘the precious four’ is one of our most dangerous, most demanding and most complicated rescues to date,” the group wrote on their Facebook page.

Scores of protesters gathered outside the elephants’ holding area to try to convince the circus to release them. The tense operation lasted 15 hours and involved a large police presence.

The tense atmosphere of people screaming, camera flashes and the large police presence stressed the elephants even more, and they almost broke loose from their chains.

The rescuers didn’t give up and stayed focused on their job. They finally managed to get the animals on the truck and took them away from the nightmare they were forced to live in for too many years.

Soon enough, the truck arrived at a much calmer place where the elephants were able to get off and finally receive the care and love they so desperately deserved and needed.

Slowly the elephants got used to no longer having to be crowded into cramped cages or fear violence from their attendants. They realized that they finally were safe.

“Trees are very exciting for them and right now, as we speak, the girls are busy tearing the leaves and scratching their butts against trees,” writes Wildlife SOS on his Facebook page.

“After a lifetime of misery and neglect ‘the precious four’ finally begin to understand the true meaning of love and empathy.”

No animal deserves to be confined and tortured for our entertainment. Please share this to spread this important message so that more are engaged in the issue.