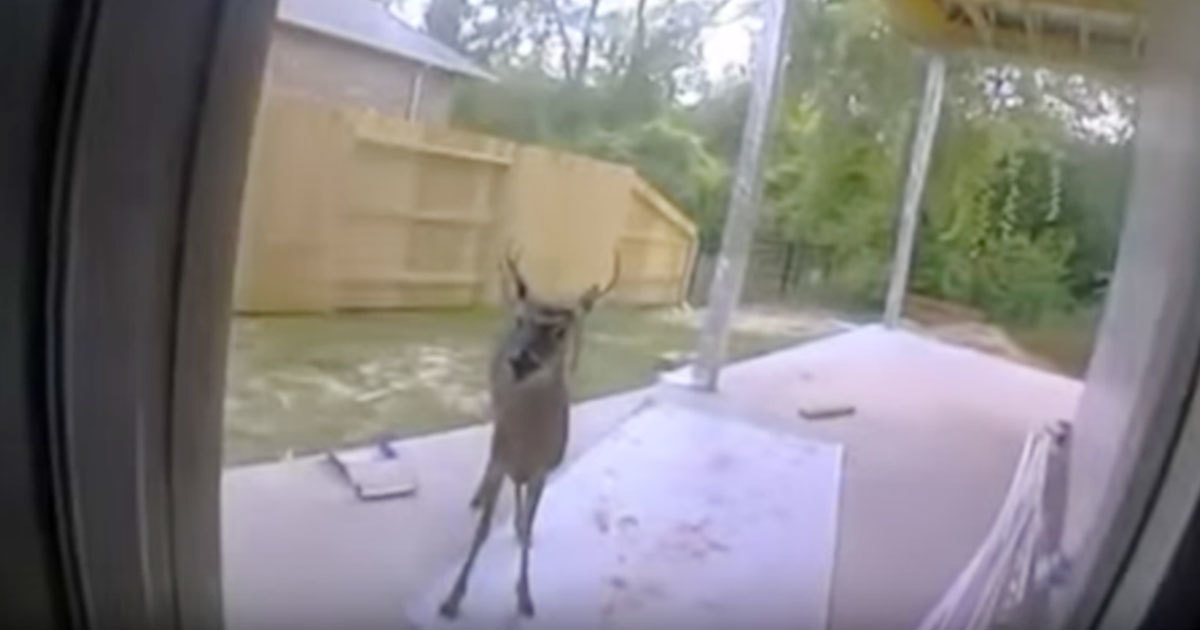 I’m always fascinated when I see wild animals up close. I’ve been lucky enough to see both moose and deer at close range. Whenever that’s happened, I just stop and remain as quiet as possible so as not to scare them away.

But for police officer Kevin Zieschang and one deer named “Uncle Buck” from Texas, USA, there was no need to remain silent. As this was a deer that in fact was not at all afraid of people. In fact, he went to them for help instead.

It all began when Buck showed up in a yard in a residential area in Texas. Something appeared stuck in Buck’s horn and it seemed as if Buck was purposely seeking out humans’ help to remove it.

The residents of the house quickly realized he needed help and phoned the police.

Officer Kevin Zieschang arrived at the scene and patiently helped Buck remove the debris stuck on his horn. When they were finished, Buck remained in the yard for a while, seemingly in no rush to get back home.

Kevin tried to urge him back to the woods, but it’s as though Buck knew that these people were kind and there was nothing to fear. After some time, he wandered into the woods and disappeared, grateful to have gotten rid of the debris from his horns.

A few days later, the story was picked up by local media. Alongside a reporter, Kevin returned to the house where Buck had shown up seeking help.

It was as if Buck knew there were people talking about him there. Halfway through the interview, he suddenly appeared, and walked right up to Kevin, as if to say hello. As if to show him his gratitude.

It was obvious that Buck was too tame for his own good. He was clearly not the least bit afraid of people and could be seen walking around the neighborhood. This led residents to fear him getting hit by a car, so he was ultimately moved to an animal sanctuary nearby.

What a sweet story! Isn’t it fascinating just how intelligent animals prove to be, again and again? I truly feel Buck knew exactly where he was going and knew he’d get help. Share this story if you agree!