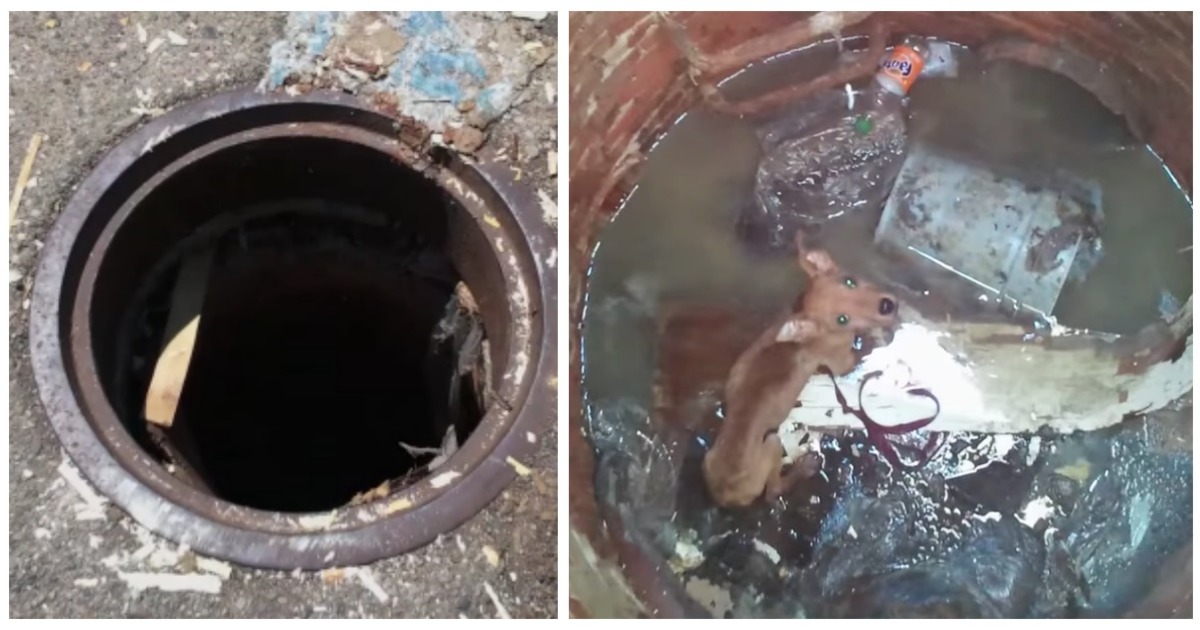 I want to believe that the vast majority of animal-friends in the world wouldn’t hesitate for a second to help an animal in distress – just like this father did after hearing strange noises coming from a sewer.

At first, the dad thought it was a bat or some other wild animal trapped underground.

He nevertheless contacted animal welfare organization Michigan Humane, who soon arrived to the scene. And what they discovered left everyone stunned: a defenseless and starving little puppy that was certainly in great need of their help.

It took some time, but eventually the rescuers managed to pull the dog from the drain. Leo, as the dog was named, immediately began to wag his tail – a sign of how happy he was to finally be on solid ground.

Michigan Humane rescuers suspect that Leo had escaped from his owners and somehow fallen into the drain hole. Leo still had his leash on, but his owner could not be found.

The poor puppy was very malnourished, having likely been without food or water for days, so vets are keeping a watchful eye on him before he becomes strong enough to be adopted by a new, loving family.

I’m so relieved that such a kind man heard his cry for help before it was too late!

Share this video with your family and friends if you love dogs, too!