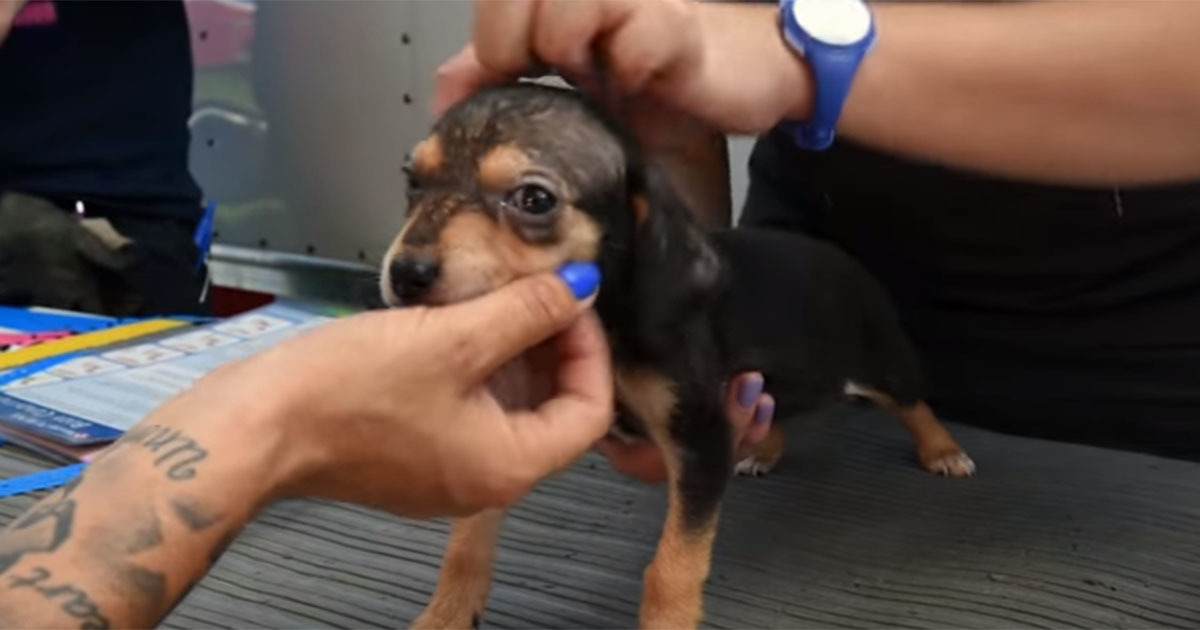 Among animal welfare friends, this notorious house has quickly became known as the terror house. Dozens of dogs lived inside- all of which were neglected and helpless. The dogs had never been spayed or neutured, and they were just indiscriminately breeding with each other.

But one day everything changed after the organization The Human Society decided to put its foot down and take action. They believed, like other animal rights activists out there, that no animal should be treated so terribly.

When the animal rescuers arrived at the house, they didn’t quite know what to expect. They opened the door gently – and discovered 66 completely helpless dogs living in terrible misery.

The massive rescue occured in in Ohio, USA. The house had no humans living in it – just dozens of neglected animals. The owner had simply taken off and left 66 dogs and 3 horses to die.

“When we first arrived, I didn’t now what to really expect,” says Chris Schindler, one of the animal rescuers. “When I first opened the door there were dozens and dozens of dogs looking back at me. And they were all desperate for attention. To me it seemed like they knew they were goign to be able to leave today.”

Now, thanks to The Humane Society, they have their lives back.

It’s impossible not to be touched while watching this rescue. How could anyone treat animals this way?!

Below is the moment when their lives changed forever.

These animal rescuers deserve all the likes that we can muster. Please share this story to salute their effort!