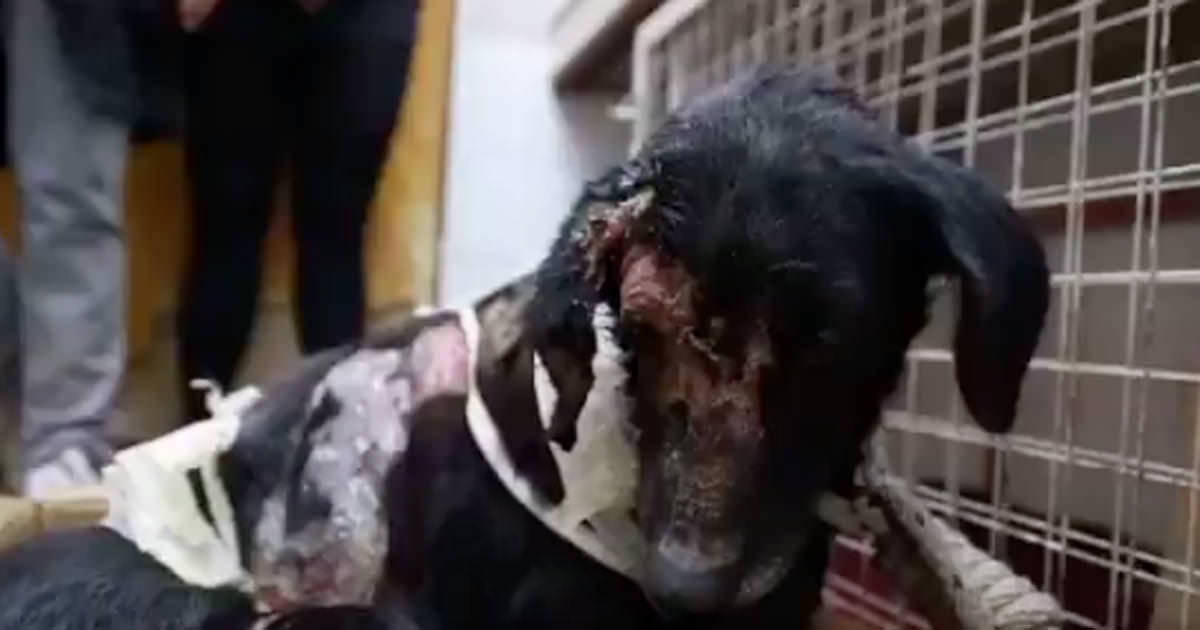 There is no justifying cruelty towards animals, they are defenceless and innocent which makes it completely unacceptable.

Yet still it happens all the time, it seems like I read a new story every day about people who abuse and mistreat animals. When is it going to stop?

These stories might be unpleasant to read about but I feel like they need be told to make more people aware that it’s happening.

This terrible case is about the stray dog Lina, who like many other stray dogs was roaming the streets to find food for her puppies one day.

Lina was wandering the streets of Buenos Aires, Argentina, desperately looking for food to feed her two puppies who were starving.

On her search, Lina passed by a house to see if she could find any food in there. The lady living in the house however, didn’t like the dog coming close to her home.

So the lady tried to make the dog go away by attacking her and threw hot boiling oil on her. This breaks my heart.

“So we found her with wounds and burns on her back, her head and parts of one of her eyes,” says Carolina, from Proyecto 4 Patas, a nonprofit organization dedicated to protecting and promoting the rights of animals, El Tiempo reports.

Despite the terrible injuries and pain, Lina didn’t abandon her role of being a mother and continued to watch over her little ones.

The image above is a loving one but also very distressing and difficult to look at, Carolina explains why.

“The image was heartbreaking because with all the pain you can only imagine her going through, Lina continued to breastfeed her puppies,” she says.

Luckily with time and the help of the angels at Proyecto 4 Patos, Lina was able to heal and become stronger along with her little puppies.

Ultimately, the day came where Lina was finally strong enough to leave the animal shelter.

She had raised her puppies and each one was now living in a loving home —  it was now her turn.

And that’s exactly what happened.

She is now living a happy life where she has been shown that not all humans are the same — that there’s good people out there.

Below you can watch a video about Lina.

Share this to pay tribute to the people who saved Lina and her puppies and if you think that all dogs deserve a safe home.