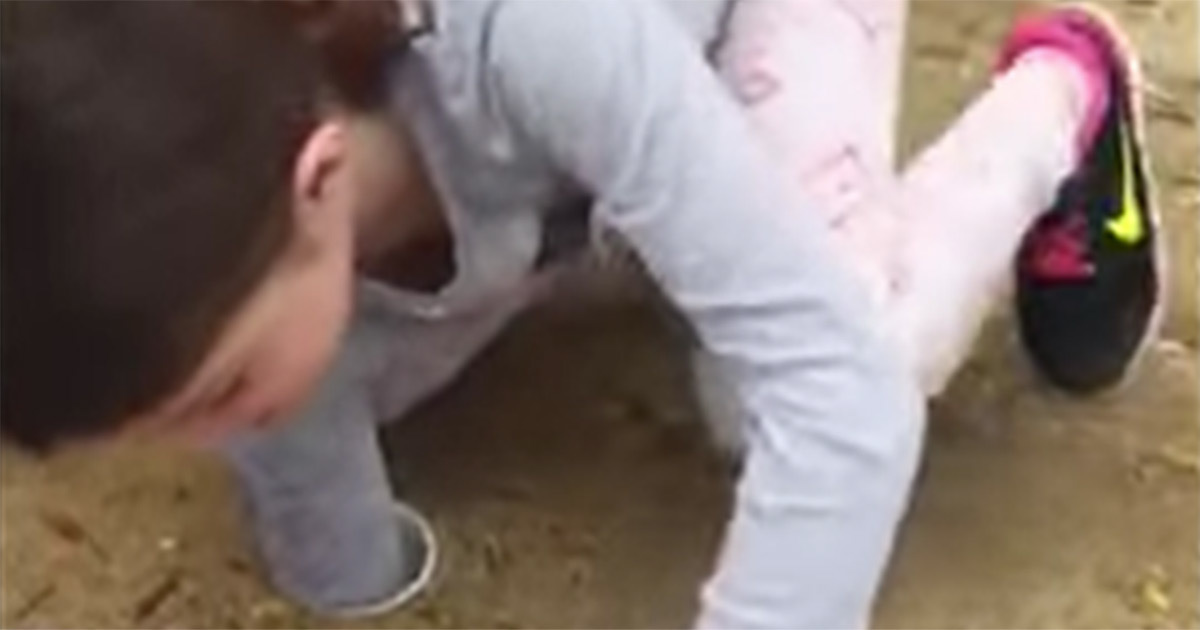 Six-year-old Mia Rabii from Laugna Hills, California didn’t expect to become a hero when she went for a walk with her mom recently.

But when some strangers called out for help, Mia and her mom ran to their side.

It turns out that some ducklings had gotten trapped and the people who found them were unable to rescue them. But luckily for the ducklings, Mia had just what it took to bring them to safety. Now her brave act is being talked about by animal lovers around the world.

It all started when a family spotted a mother duck who walking with a lone duckling. The father duck was nearby, but strangely, there were no other duckling. And because the family knew that ducks often travel in flocks, they realized that something was probably wrong.

Then suddenly, they heard a strange sound coming from a drainage pipe.

It turned out that a bunch of ducklings had fallen into the pipe and gotten stuck.

Unfortunately, no one in the family had slim enough arms to reach down and pull out the terrified ducklings—but luckily, there was a hero nearby.

The family shouted and waved to Mia and her mom, who immediately rushed to the scene.

The family filled them in on what had happened, and Mia immediately decided to take action and try and bring the ducklings to safety.

Mia stretched her arm down into the darkness and carefully scooped up the first duckling.

Then, she brought the duckling to its mother, who was anxiously waiting in a bush nearby.

Mia then rushed back to save the next duckling.

And the next, and the next… until she had brought all eight ducklings to safety.

After Mia saved the little creatures from danger, the overjoyed mother duck waddled off into the distance with her beloved ducklings.

How lucky that Mia was in the right place at the right time!

Don’t forget to share this video as a tribute to this six-year-old girl’s heroic effort!