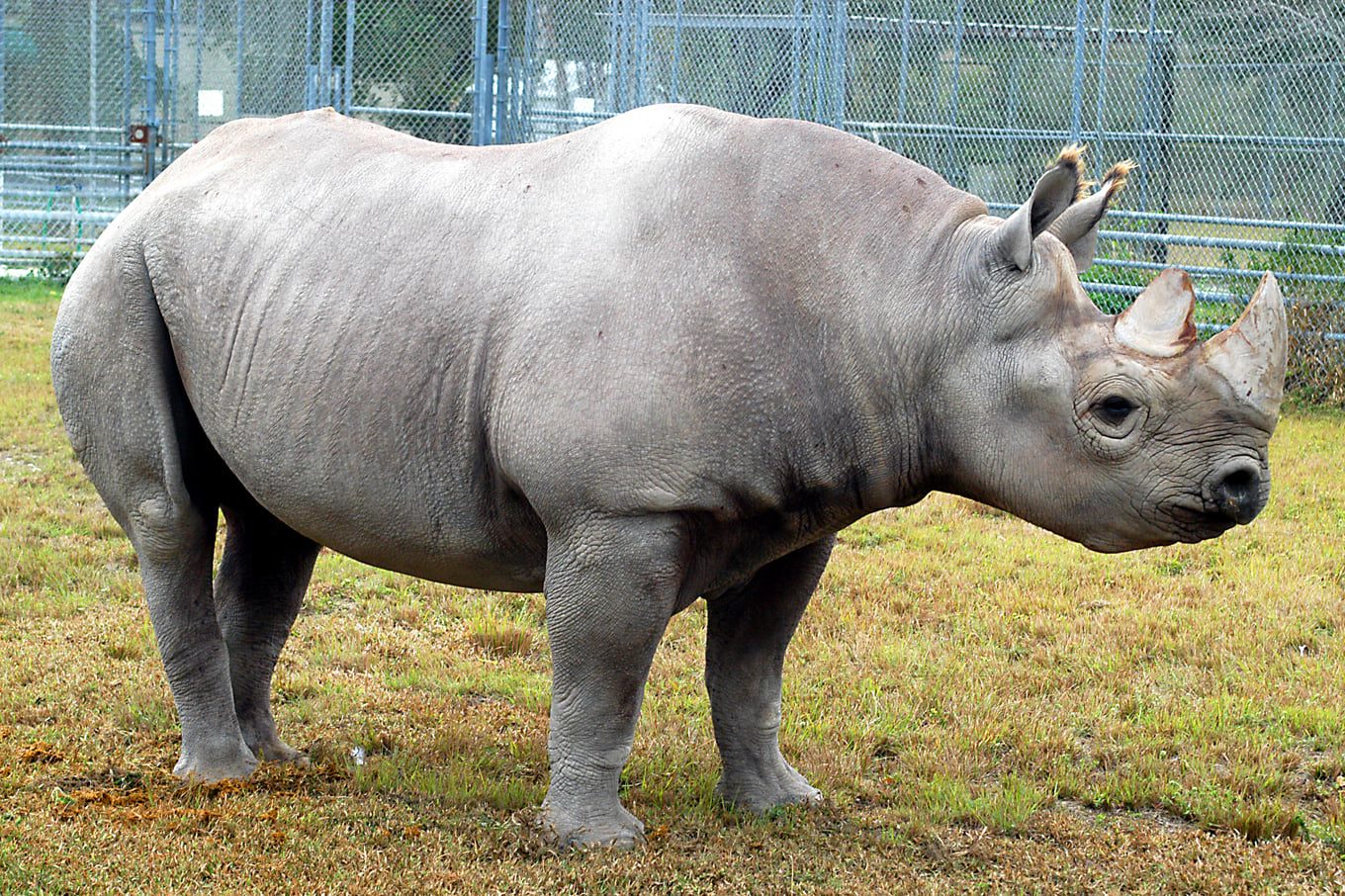 The Eastern black rhino is a beautiful animal, but sadly one that is critically endangered. Poachers have long targeted these rhinos for their horns, bringing them to the brink of extinction.

With so few left in the world, it’s always a sad day when one of them dies. Now, one zoo is mourning the death of a rhino named Toshi, who, at the age of 44, held the distinction of being the apparent oldest Eastern black rhino in North America, and the second-oldest in the world.

Toshi lived in the care of Zoo Miami, who called him “arguably become the most beloved animal in the history of the zoo.”

Unlike too many members of his species, Toshi didn’t die at the hands of a poacher, but of the ailments of his advanced age, including arthritis. In recent weeks, the rhino became lethargic and lost significant weight.

The zoo conducted many tests to determine the cause, but couldn’t find any conclusive reason for his decline.

Soon, it became clear that Toshi had reached the end of his days, and his caretakers at Zoo Miami had to make a difficult choice.

“For the next several days his condition would ebb and flow until last night when he was struggling to get up and it became obvious that his quality of life had diminished to the point where there was no hope of recovery,” the zoo wrote.

The zoo make the “incredibly difficult” decision to euthanize Toshi. They announced his passing on Facebook on January 15.

Toshi was born in 1977 in Hiroshima, Japan, before being shipped to Zoo Miami in April 1983, Zoo Miami wrote.

Over his decades in their care, Toshi did his part to repopulate the species, becoming a great-great-grandfather by the time of his death.

And as a beloved part of the zoo, Toshi helped raise awareness about Eastern black rhinos, and the important work of the zoo. He was even a favorite among celebrity visitors like Shaquille O’Neal and Gloria Estefan.

“Though impressive and intimidating in size and strength, he was a gentle animal,” Zoo Miami wrote.

“There has never been a better ambassador for Zoo Miami than Toshi… he has left an indelible impression as a gentle giant. His loss leaves an immeasurable hole in the hearts of all who loved him.”

What a beautiful rhino — it’s clear that he meant so much to everyone who knew him. Rest in peace, Toshi!

Share this story to pay respects to this legend.