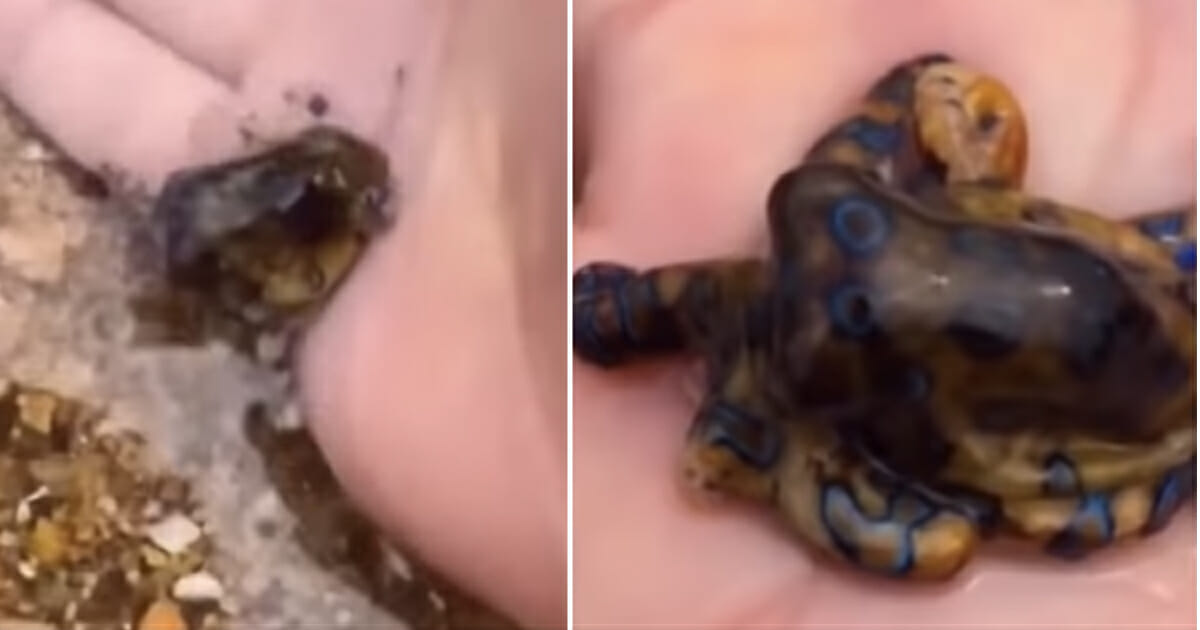 Being out in nature is a pleasurable experience for many people. Many city-dwellers may find it refreshing and a welcome change of pace. We may even travel to different countries in search for a change of scenery—and where better to travel than to Australia to see some cool wildlife?

But Australia is also home to some of the deadliest creatures on Earth. It has more deadly snakes than any other place on the planet. It’s a general rule of thumb that, if you come across a wild animal anywhere in the world, it’s probably not a good idea to touch or interact with it.

So when one tourist visiting Australia interact with a ‘cute’ critter, many people were shocked.

If you’re wondering what kind of creature is so small that it can pose a threat, this is it. In the video, the tourist is handling a blue-ringed octopus. The blue-ringed octopus is one of the deadliest creatures in the ocean and in Australia period.

According to Travel+Leisure, the tiny octopus is famous for its venom, which happens to be 11 times more powerful than cyanide. According to Ocean Conservancy, one tiny blue-ringed octopus “carries enough venom to kill twenty-six adult humans within minutes.” What’s more is that there is no antidote.

In the video, the tourist handles the animal a little carelessly, allowing it to crawl around before releasing it back into the water. The tourist doesn’t appear to be bitten, but then again, the blue-ringed octopus’s bite is said to be so painless that it often goes unnoticed. The blue-ringed octopus usually doesn’t bite unless it feels threatened. So while this tourist appears to be fine, being handled can make the animal feel threatened.

Australian authorities say that if you are bitten by this deadly creature, it’s imperative that you seek medical treatment immediately. Death can be prevented by doing this. Symptoms of a bite only appear after a few hours. Those symptoms are:

There have been no known deaths from a blue-ringed octopus since 1960.

It’s terrifying to know that this tourist was so close to potentially dying. Hopefully next time, they’ll think twice before picking up a wild animal no matter how cute it looks! Please share to pass on this important message.