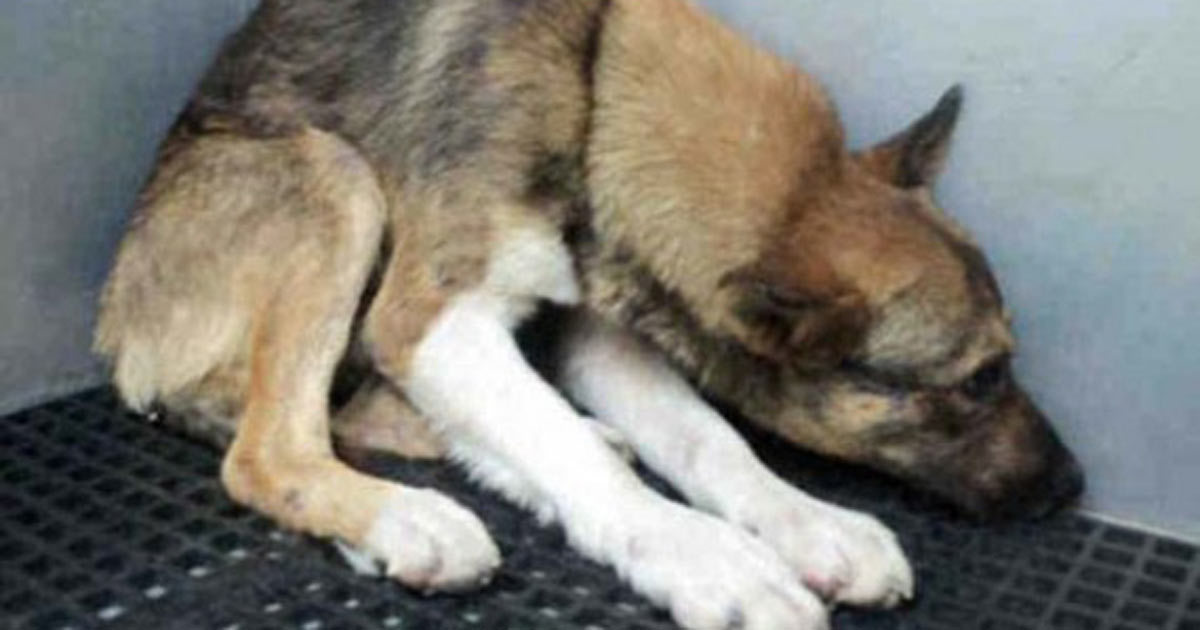 Apollo had been through terrible things and was both in bad mental and physical shape. He could not even look anyone in the eye. But sometimes, all it takes is one person to completely change a life.

They discovered Apollo at an animal shelter. No one wanted the dog, and since he was in such bad shape, he was going to be euthanized.

When the vet met Apollo, she said he would never be a good family pet, that he was not properly socialized, the family said, according to Examiner.com.

But how wrong she was!

Despite the vet’s warnings, the family took Apollo home.

“We brought him home, and we gave him food, and a bed, and everything a puppy wants. You should have seen how excited he was when we fed him in those first few months,” the family said.

It was not long before Apollo was healthy, and slowly, he became a loving, sweet, and confident dog. He loves cuddling with his new family, and his favorite time of the day are his morning walks.

“He is our tiny dachshund’s best friend in the world. Recently we had a baby, and from the moment we brought our baby home, Apollo adopted the baby as if he were his own puppy,” the family said.

Apollo is living proof that all dogs deserve a second chance, no matter what they’ve been through!