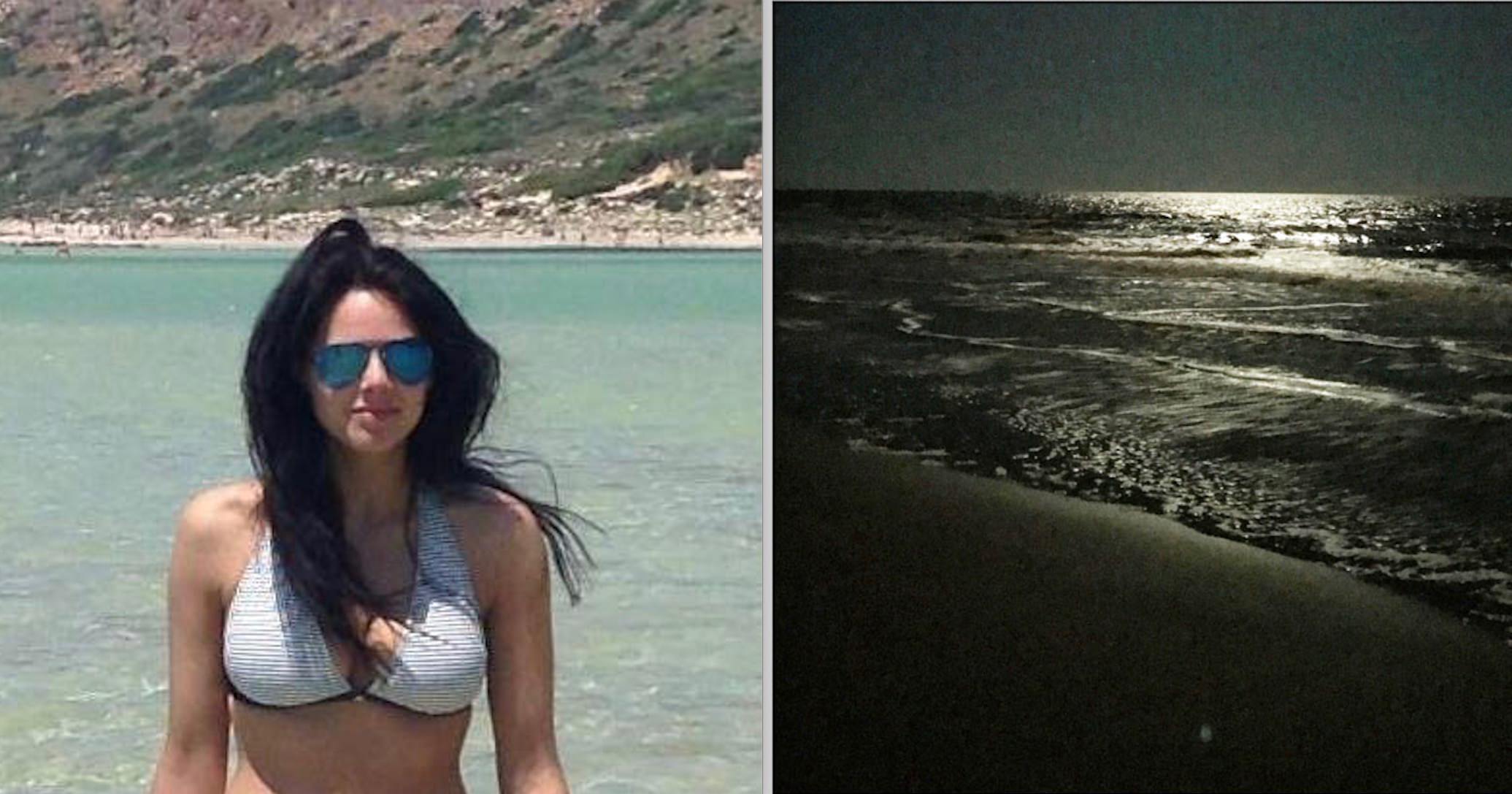 Once in a while, just when the worst is about to happen, someone steps in and changes everything. And just like that, all the fear and anxiety disappears and is replaced with gratitude that can last a lifetime.

That’s what happened to a 25-year-old British student named Georgia Bradley while she was on vacation in Greece this summer. She was harassed by two strangers, and when things escalated, Georgia thought they might try and rape her. Until an unexpected savior arrived.

And for that, Georgia is forever grateful — and she showed her appreciation in the sweetest way possible.

It all started when Georgia Bradley was on the beach in Greece this summer. Two men started  following her and they wouldn’t leaver her alone.

“I decided to go for a walk along the beach and found two Greek men who kept harassing me to go out for a drink. I kept telling them I didn’t want to,” Georgia told the Daily Mail.

When Georgia declined, the men got aggressive.

“One of them grabbed me on the arm and I didn’t know what was going to happen. I was on my own and it was a very scary and difficult situation.”

But then, a furry stranger came to her rescue.

“She shot out of nowhere, jumped up at me and began barking and licking my hand, and that made the men think twice. She saved me. She must have noticed something was wrong,” Georgia said.

The men were ran off and Georgia got a new best friend in the form of a lovable dog. After the incident, the dog followed Georgia back to the apartment where she was staying. The dog, now named Pepper, was shy, but kept close.

“We had an instant bond… We went right round the town to see if she had an owner, but we couldn’t find one and we had to fly the next day,” said Georgia, who was traveling with her boyfriend.

Georgia took the dog to an animal shelter and a local veterinarian, but both places turned her away. With a heavy heart, Georgia let Pepper back onto the street.

“Pretty much every evening, we saw her around outside the bars and restaurants trying to get the attention of the tourists. Several times, she followed us around and we wondered what we could do. When we left to go to the airport, we looked back and Pepper was running after the car. It was heartbreaking.”

Then once Georgia was back in the UK, she decided that she just had to rescue Pepper.

Georgia booked a trip back to Greece, and two weeks later, she was reunited with Pepper. Georgia spent her savings on getting Pepper a microchip, travel documents, and vaccinations. Then, after a 21-day quarantine, Pepper was allowed to travel to the United Kingdom.

Today, Pepper lives with Georgia, but their story doesn’t end there… One week after Pepper arrived at Georgia’s home in Cornwall, she gave birth to six little puppies.

When I heard about the strong bond between Pepper and Georgia, the saying “dogs are a man’s best friend” really hit home. Please share it if you were also touched by this story!