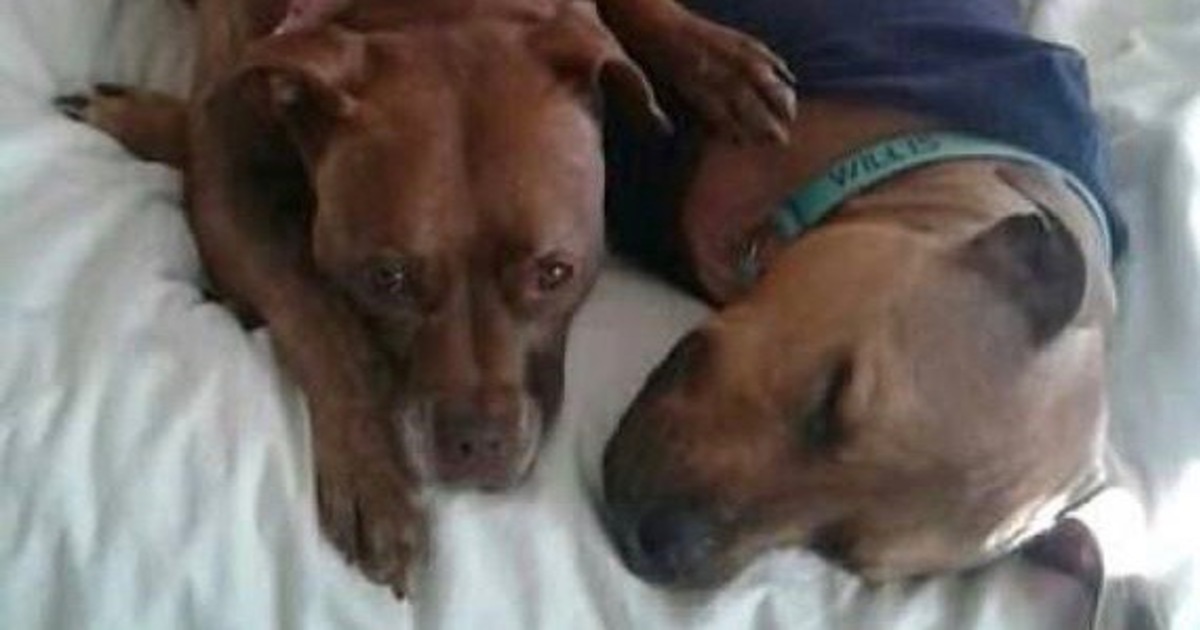 Bumper is a pit bull from St. Louis. Owner Kelly got her from a pit bull rescue there called Mutts n Stuff. Kelly and her husband Jason had had the pit bull for about a year and a half before they decided to take in another rescue dog.

The couple was matched with a six-month-old pit bull that had been rescued from a 500-dog fighting ring that was raided in 2009. The puppy’s mother was pregnant at the time of the bust, and Willis, the dog that Kelly and Jason adopted, was born two weeks later.

It didn’t take little Willis long to become part of the family. They all fell in love with him, including Bumper. “She mothers him,” Kelly told the Huffington Post. “She’s constantly giving him kisses.” And she sure couldn’t hold back from kissing Willis on the day of the photo shoot! How sweet!

Photographer Lynn Terry has been working with animals for about 10 years. She says they “make some of the best faces.” And you can see another great example in this picture she took a few years earlier of two more Mutts n Stuff dogs named Pitunia and Tucker. “They got right on set and started licking each other. I could instantly relate it to new lovers who stepped into the privacy of a photo booth and locked lips,” says Terry. “I knew right away I, or rather they, had made magic. It’s been the shot of shots to live up to but I think with the new series it has met its match.”

See more of Terry’s wonderful animal photos and other subjects on her website.

Did you also love these adorable photos? Make sure to share these magical moments with your friends!
Published by Newsner, please like