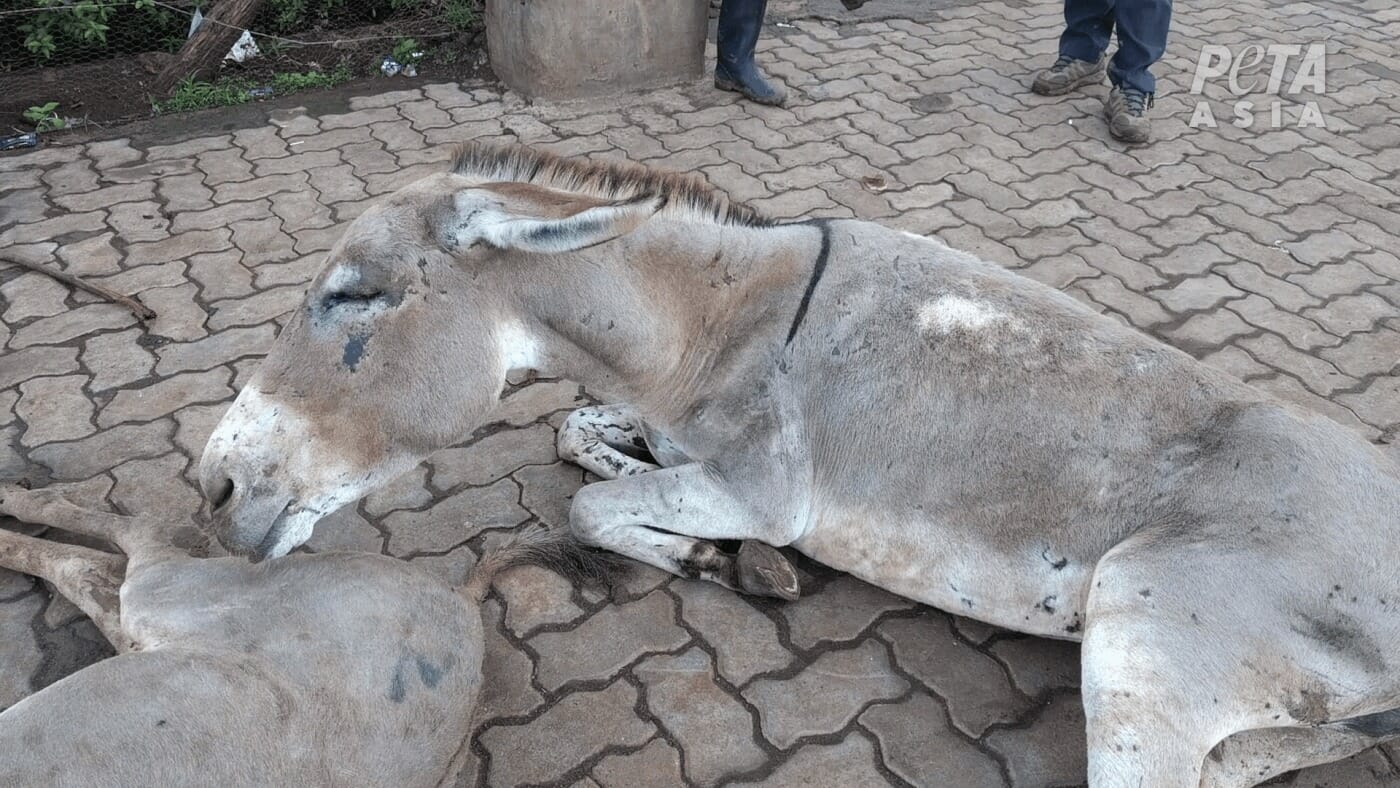 There are so many ingredients used in chinese medicine that come from animals.

Traditional chinese medicine uses around 1,000 plant and 36 animal species, some of which are endangered, according to Advocacy for Animals.

Now the barbaric treatment of donkeys so their skin can be boiled and turned into gelatin, has been exposed by a PETA investigation.

Donkeys are treated badly all over the world. In some countries they are made to carry excessive loads in the scorching sun up and down hills until some of them collapse with exhaustion.

In 2017 animal rights organization PETA exposed video that showed donkeys being tortured – some hit with sledgehammers, some with their throats slit, just so their skin can be used to produce gelatin.

People for the Ethical Treatment of Animals (PETA) is urging people not to use products with this ingredient which can be found in Chinese ejiao products.

Without food and water

PETA said their investigation: “had found horrific abuse inside Kenya’s donkey slaughter industry, which exists only to meet the demand for this product in China.”

According to PETA, Kenya has opened three donkey slaughterhouses in the last three years.

Those that run it get the animals from neighboring countries and transport them on crammed trucks, during which the donkeys are deprived of food and water.

The video below shows some of the donkeys too weak to stand up after their harrowing journey but are still kicked and dragged.

Unlike countries such as Botswana, Mali, Tanzania and Uganda this cruel practice is allowed in Kenya and so none of the violence captured in this video is punishable by law, according to PETA.

PETA is apoealing for people to stop buying products that contain this gelatin.

“Medicine made from animal parts doesn’t belong in this century,” PETA says.

“As consumers, we can reject cruelty to animals and save donkeys’ lives simply by choosing vegan alternatives, never buying ejiao products, and refusing to shop at stores that sell them.

The brutal treatment of donkeys for this outdated ingredient can be seen in the clip below.

Please share this story so more are aware that this is happening. It cannot be stopped until the law is changed, or we stop buying products containing this ingredient.

Please help to stop the brutal treatment of donkeys.